Al-Hakim Coalition announces the ruling appeal against the bribed MP 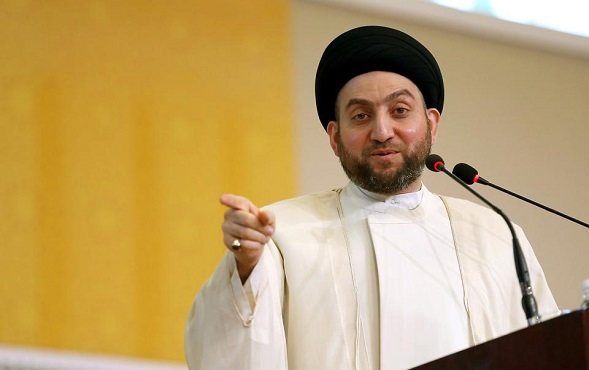 Shafaq News / Wisdom movement led by Ammar al-Hakim announced on Wednesday that the member of the Iraqi Parliament, Mahmoud Mulla Talal, who is convicted of bribery, will appeal his sentence.

The movement said in a statement today that "MP Mahmoud Talal will appeal the aforementioned decision. It is inevitable to recall the importance of identifying the root causes and facts of hidden matters, and dismantling their circumstances”.

"The final justice decision will be the subject of our support, as we have indicated from day one," the statement added.

On Tuesday, the Commission of Integrity announced a six-year prison sentence against an MP for the current session, based on the provisions of Resolution (160 of 1983).

The Commission’s investigations department pointed out, in its discussion of the details of the decision issued by the Central Anti-Corruption Court, to the court’s issuance of a six-year prison sentence with a fine of ten million dinars against an MP for the current session, explaining that the ruling’s decision came on the background to the department's implementation of an arrest operation against the defendant.

It indicated that the seizure process came after receiving a communication that includes the intention of the defendant of receiving an amount of (150,000) thousand dollars in exchange to stop obstructing the work of a company.

According to leaks, the convict is Mahmoud al-Mulla Talal, a member of the “wisdom" movement led by Ammar al-Hakim.