After Middle Euphrates denied.. Human rights talk about 18 dead and 800 wounded in Karbala 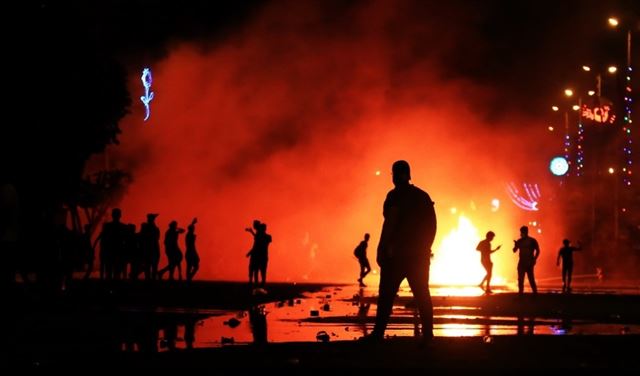 Shafaq News/ The Iraqi High Commission for Human Rights announced that   18 were killed and more than 800 wounded in Karbala.

Ali al-Bayati, a member in the Human Rights Commission, said, "Information received from activists, organizations and non-governmental organizations about yesterday's events speaks of 18 martyrs of demonstrators in Karbala and more than 800 wounded while

Karbala health department is talking about one martyr only! “.

The head of the Central Euphrates operations denied there were any casualties in Karbala city during the break-up of protesters.

"The situation is very good in Karbala and there is no curfew now," General Ali al-Hashimi said to al-Hadath TV.

This comes at a time when medical and local sources said that about 20 people were killed and more than 800 wounded in a sit-in in Karbala.

Social media activists reported that security forces in the governorate ran over a number of demonstrators and wounded others with live bullets.

Activists posted videos showing panic in parts of the city, and gunfire was heard as protesters ran away.

Protesters set fire to the entrance of Karbala provincial council building while security forces fired tear gas to disperse them in Karbala and Hilla.

Demonstrations have also witnessed a precedent in dealing with violence, with 157 deaths in the first wave between the first and sixth of October, and 74 deaths so far in the second round, which began on Thursday evening.