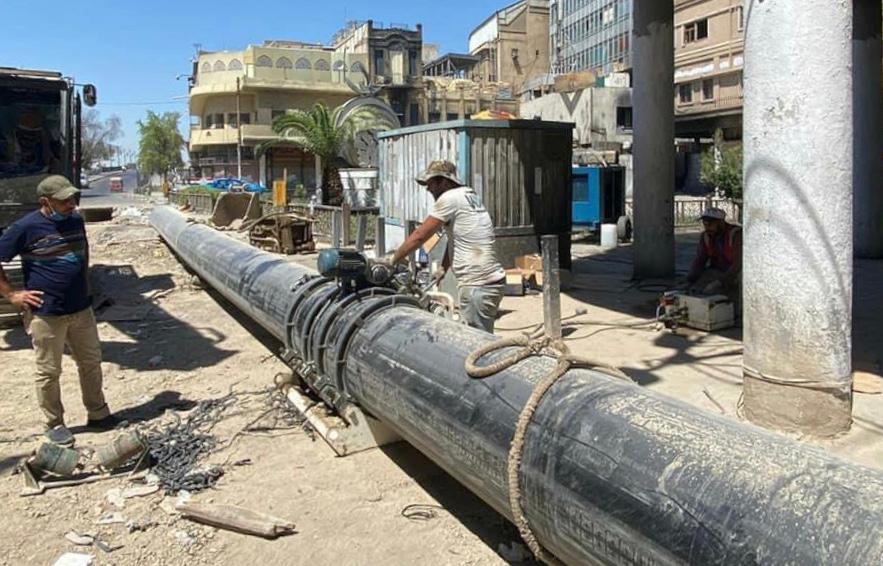 Shafaq News / Baghdad Municipality reported today, Thursday, that it has started building a giant rain drainage line that will cross the central areas of the capital.

The secretariat said in a statement received to Shafaq News Agency, that its staff in the Rusafa municipality department have started constructing a giant line with a diameter of 600 mm to drain rainwater from the center of Baghdad; especially the areas of Shorjah, Hafez al-Qadi, Al-Souq Al-Arabi, Abu Seifen and other areas. The statement added that the tube extends from Al-Wathba Square to Al-Ahrar Bridge.

The statement added that the construction of the line comes within the municipality's preparations for winter and the upcoming rain season.