250 billion dinars in fines in the Iraqi currency auction 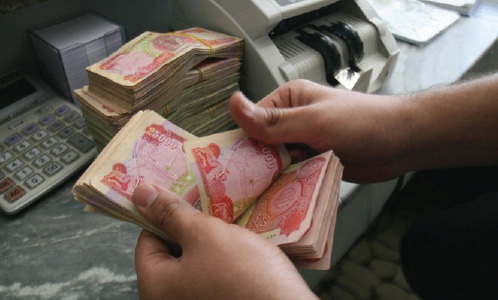 Shafaq News / The Integrity Commission disclosed on Wednesday details of the criminal and intelligence cases related to the file (currency auction) that it is investigating, indicating that it received (4) intelligence, and opened (8) criminal cases in it.

The Investigation Department of the Commission noted that (6) of these cases were referred to the trial court and other investigation courts, in addition to a case that was previously decided upon, and another that is still under investigation, explaining that among these cases are major corruption cases in the work of a private bank and indications of smuggling foreign currency outside Iraq through the bank's purchase of foreign currency for the benefit of companies claiming to import goods, pointing out that, upon investigation and scrutiny, it was found that those companies had not introduced goods to Iraq since 2004.

The department clarified that the issues included fraud and some governmental and private banks entering the selling auction of currency in the names of companies and private account holders without their knowledge, and submitting invoices and a false import vent, as well as violating the instructions of the Central Bank when entering the auction according to the provisions of Article (3) of the Washing Act Funds No.93 of 2004.

As the department added that the incoming intelligence related to the issue of (volatile checks) and the collusion of some banks with people by depositing checks with no possession in order to participate in the currency auction to profit and benefit from the price difference between the central bank and the local market, in addition to the issuance and treasury department in the central bank by buying (10) coin counting machines called (comprehensive machines) for a total amount of (15,000,000) million dollars, which is not useful, as they destroy the banknotes, which causes a great loss in money, confirming that (3) of these intelligence are pending the follow up.

The department had announced that it had completed several penal cases that it had investigated, which resulted in fines amounting to more than (245,000,000,000) billion dinars on private banks, as a result of legal violations regarding the two-year permits only, and in violation of the foreign currency auction instructions for 2012.