What does the "Joker" do in the demonstrations in Iraq? 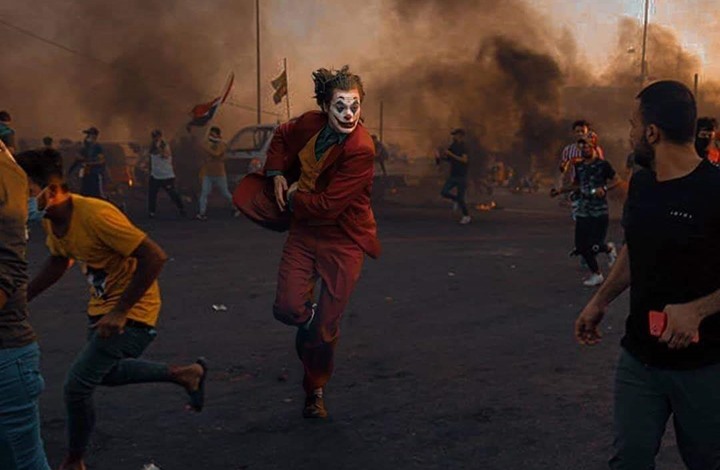 Shafaq News/ Designs show the participation of the hero of the Hollywood film "Joker" in the demonstrations in Iraq, popular on social networking sites.

One of the Iraqi designers put "Joker" character on a number of pictures taken during the recent Iraqi demonstrations calling for the overthrow of the government and improving services and fight corruption.

The designs show the "Joker" in flames in one of the pictures, and in the other, escaping from bullets and gas bombs.

A design of the Joker showed him dancing among the protesters also indicated his unconcern to the repression of Iraqi security forces.

In the film, the Joker represents a character that has suffered from economic and social marginalization then he rebelled against the regime and opposed existing power