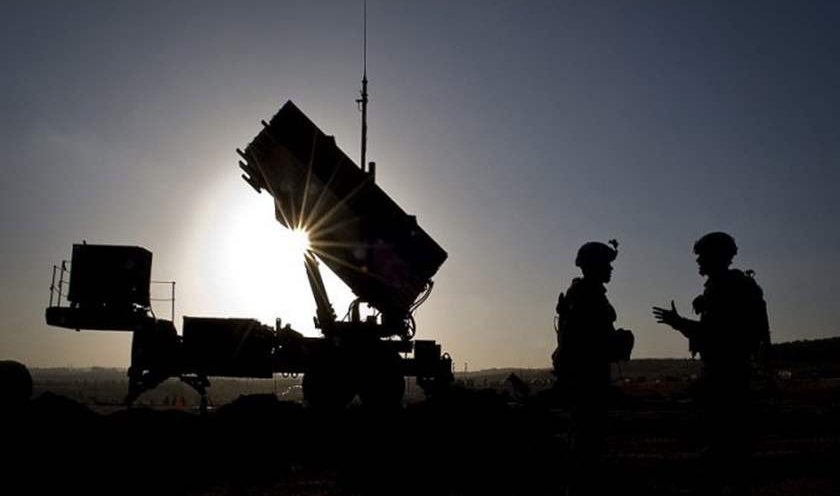 Shafaq News / The chances of a clash in Iraq increased between American forces on one hand, and factions supported by Iran on the other hand, on the impact of the continued military positioning of a new confrontation, and the continuation of consultations to form a new government in Baghdad.

For its part, the US military vacated its positions at al-Qayyarah Air Force Base south of Mosul, the former Presidential Palace north of Mosul, and two K1 bases near Kirkuk and located on the border with Syria, yesterday handed over Habbaniyah base, west of Baghdad, to Iraqi forces, where the forces were withdrawn from the small centers and assembled in larger compounds to provide greater opportunities to protect them from possible missile attacks through the Patriot systems, which have already reached Ain al-Assad in Anbar Governorate in western Iraq with the expectation of shipping two systems from Kuwait in the coming days. American forces plan to deploy them at "al- Harir" base near Erbil, the capital of Kurdistan.

Western diplomatic sources said that the US military moves were due to information in Washington about more attacks on these bases, at a time when Pentagon officials, including Chief of Staff Mark Miley and Chief of Central Command Kenneth McKenzie, made proposals to launch operations against the Iraqi pro-Iranian "Hezbollah Brigades" responsible for the systematic attacks on American military centers in Iraq that are preparing to launch a massive attack. Some sources reported that there is a list of ten targets that Washington may target, including other factions close to Tehran.

President Donald Trump has Twitted that, based on his information and convictions, “Iran or the groups it works for by agents are planning a swift attack against American forces and (or) assets in Iraq. If that happens, Iran will pay a very heavy price. ”

On the other hand, Tehran took a series of steps, as it sent warnings to more than one Iranian official to Washington, among which was the consideration of the Iranian chief of staff, Mohammad Bagheri, the recent attacks on American bases in Iraq “a natural reaction to the killing of Qassem Soleimani and Abu Mahdi al-Muhandis and the continued American military presence. ”

The new commander of " al-Quds Force" in the Iranian "Guards", Ismail Qaani, visited Baghdad two months after the assassination of his predecessor, Qasim Soleimani in an American raid, to conduct consultations to pressure the American side "by targeting its forces with military operations that can be denied," according to the sources. He also interfered in government formation consultations after the assignment of President Barham Salih, the former governor of Najaf, Adnan al-Zorfi, on the 16th of last month, because Tehran sees al-Zorfi as“close to Washington, such as Muhammad Tawfiq Allawi, which placed in the forefront by intelligence director Mustafa al-Kathemi accepted by Tehran and Washington, knowing that the Kurdish forces have expressed their support for al-Zorfi in the past two days.

According to the sources, what is “stopping” the US-Iranian confrontation today is two things: First, President Trump's decision to “strike Iran's agents but without entering into a direct war with Iran”, meaning that the escalation is controlled in light of regional and American complications and the war on “Corona” ». The other is that the ongoing consultations to form an Iraqi government have not collapsed amid fears that this will affect the Iraqi political system as a whole that is steeped in the problems and efforts to combat the epidemic.