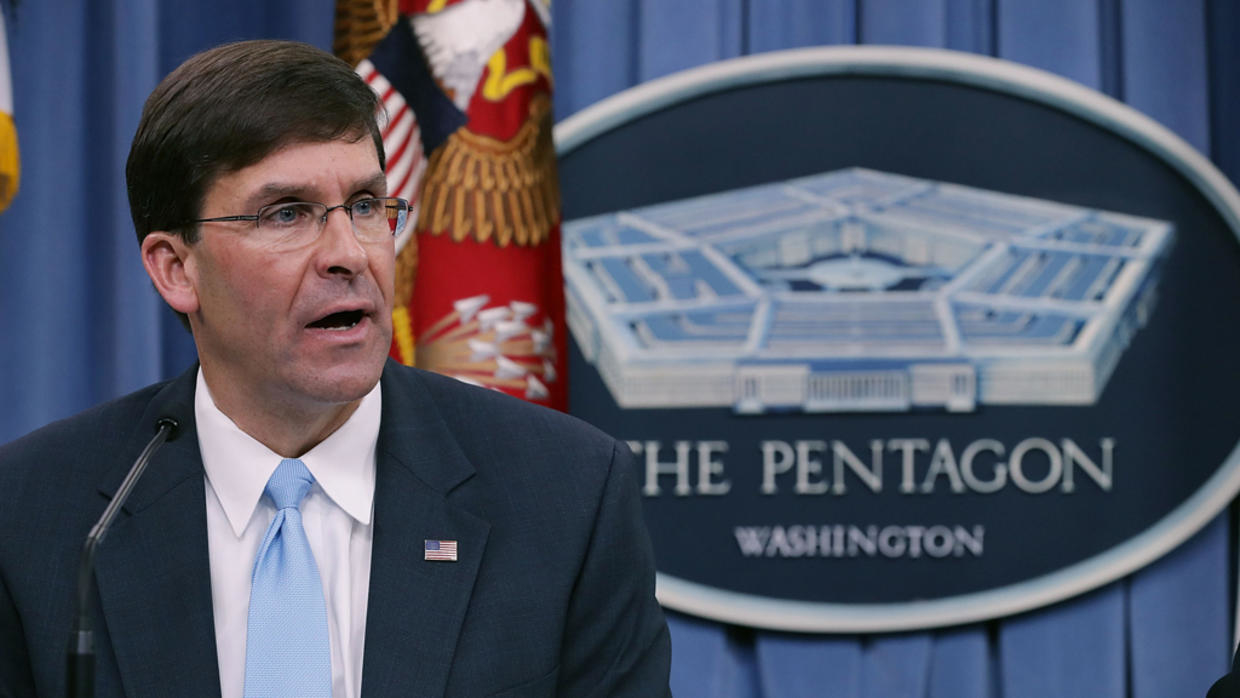 Shafaq News/ U.S. Defense Secretary, Mark Esper said on Tuesday that the goal of withdrawing US troops from Syria to Iraq was to send them home.

Esper said today that the goal is not to keep withdrawn U.S. troops from Syria in Iraq "for a long time," adding that "the goal is to bring those troops home eventually.

The Joint Iraqi Operations Command said that there was no agreement on the withdrawal of U.S. troops from Syria into Iraqi territory.

A statement issued by the leadership mentioned that, "some media and news agencies reported statements regarding the withdrawal of U.S. troops from Syria towards Iraq, therefore the joint operations command shows that all U.S. forces that withdrew from Syria obtained permission to enter Kurdistan region to move out of Iraq. There is no consent to remain these forces inside Iraq. "

The US-led coalition has withdrawn from its largest military base in northern Syria after Washington and Ankara made an agreement on the safe area in Syria and headed directly into Kurdistan region.

The Secretary General of the Ministry of Peshmerga , Jabbar Yawar said that the withdrawal of U.S. forces from northern Syria towards the region through the port of Fishkhabur (Simalka) was in coordination with the federal government , the U.S. government and the knowledge of Kurdistan Regional Government.

Yawar added "The stability of these forces in the region or west of Iraq depends on the U.S. decision in coordination with the federal government.

WSJ highlights similarities between the demonstrations of Iraq and Ukraine