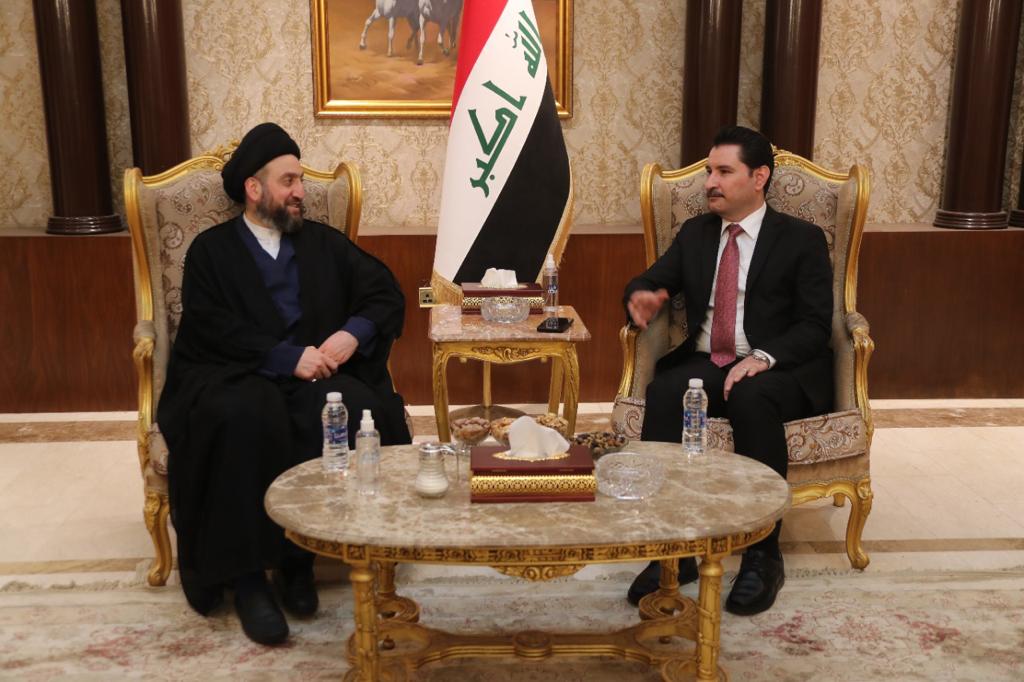 Shafaq News/ The second deputy speaker of the Iraqi parliament, Shakhwan Abdullah, and the head of the Wisdom (Al-Hikma) Movement, Ammar al-Hakim, agreed that there is an "opportunity" to end the political deadlock in Iraq.

In a statement, Abdullah's office said, "The second deputy speaker received in his office in Baghdad this evening, Ammar al-Hakim, head of the Wisdom Movement and his accompanying delegation."

The two sides discussed "the efforts of the national forces to overcome the political crisis, the formation of the new government, the delay in approving the federal budget, the high prices, and the lack of services."

Both sides stressed the importance of continuing efforts and that "the opportunity exists to initiate understandings and dialogues among the national forces and the partners in the political process and move forward to resolve disagreements."

Al-Hakim warns of involving the streets in the political wrangling

Deputy Parliament Speaker: Kurds are still the main supporter of the country's stability