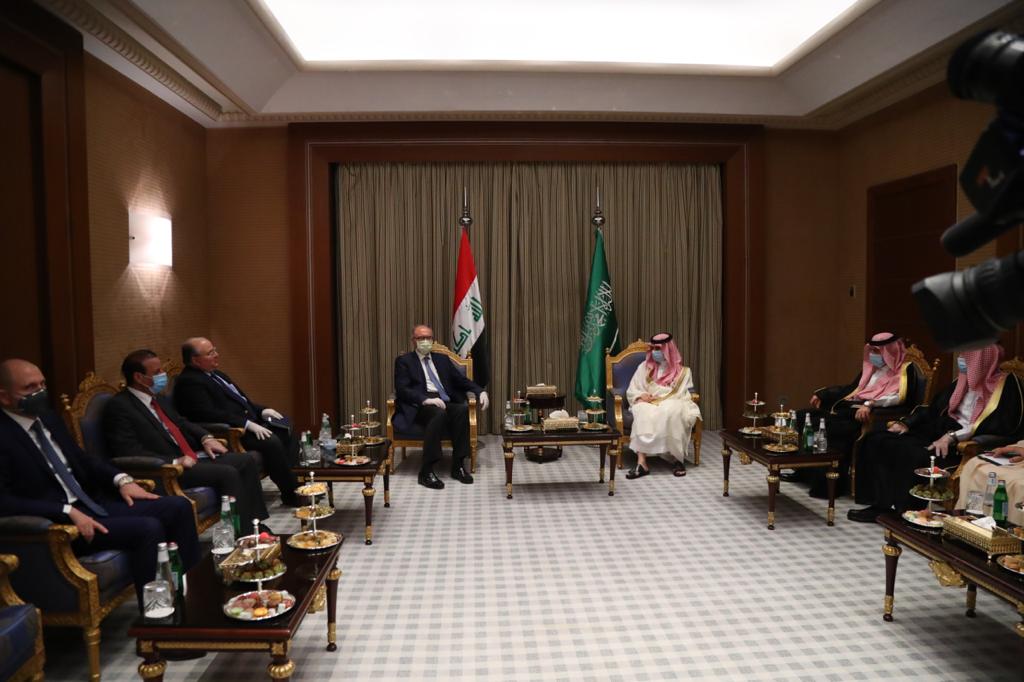 Shafaq News / The Saudi government has expressed its country's readiness to support Iraq in all fields, including security and economics.

“The two sides affirmed the depth of brotherly relations between the two countries, and the Iraqi government's readiness to strengthen ties with Saudi Arabia and coordinate positions on Arab and international issues of common concern."

"The Saudi foreign minister expressed his country's support for the government of Iraq and its efforts to overcome the plight of terrorism, expressing the kingdom's readiness to support Iraq in all fields and to ensure the return of security and economic prosperity to its quarters,” The statement added.

The Iraqi side stressed the importance of developing relations in all fields, especially economic, commercial and investment, and opening new ways of cooperation and development, according to the statement.

The Iraqi government announced on Thursday that it had sent a delegation headed by Finance Minister ,Ali Allawi to Saudi Arabia.