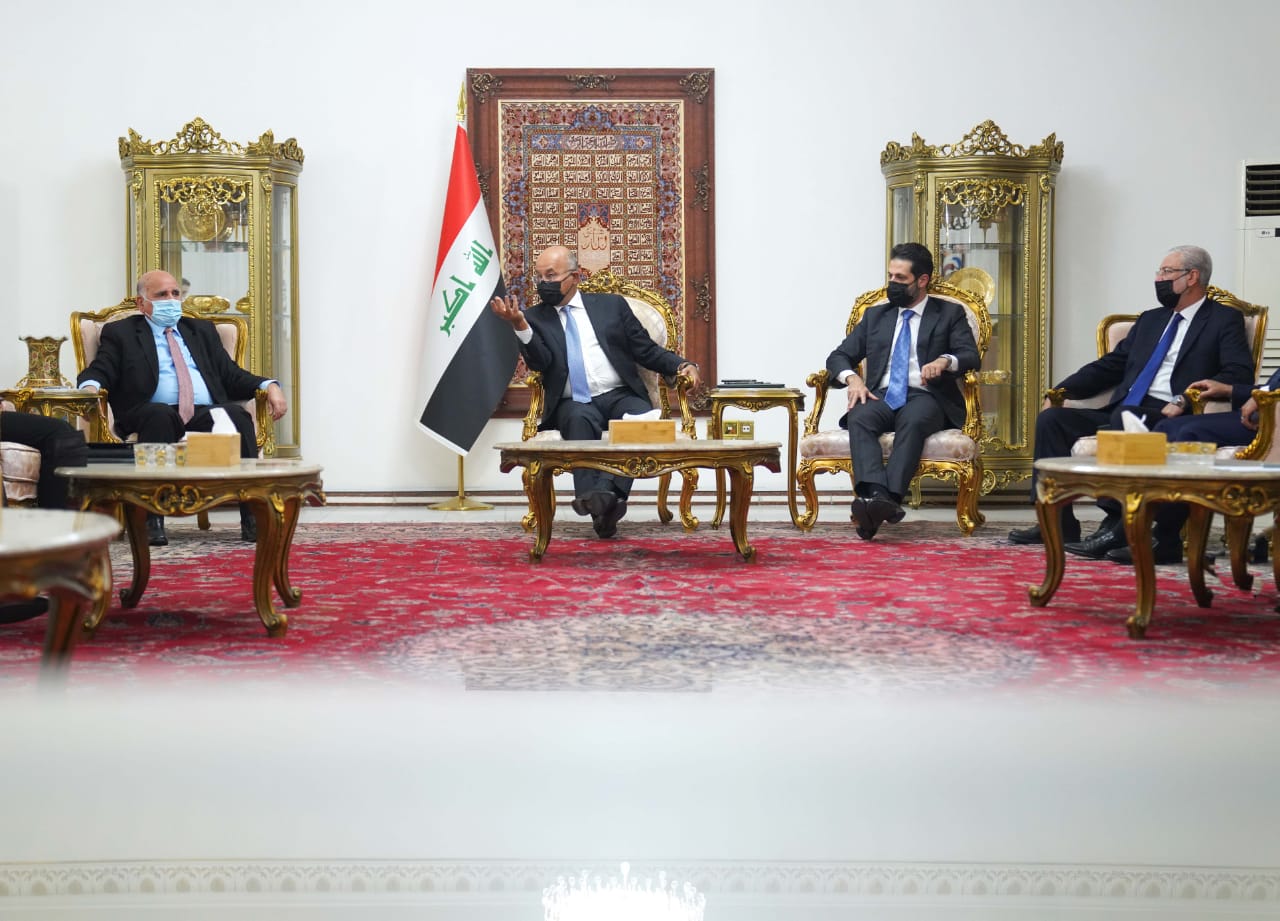 Shafaq News/ The Iraqi President, Barham Salih, and the Kurdistan Regional Government delegation stressed on Monday the need to distance the budget and financial issues from the political disputes.

Salih received earlier today the delegation of the region at the Peace Palace in Baghdad, in the presence of Deputy Speaker of the Parliament, Bashir Al-Haddad, and the Minister of Foreign affairs, Fuad Hussein, according to a statement issued by the Iraqi presidency.

The meeting stressed "the importance of strengthening efforts and dialogues to reach radical solutions to the outstanding issues between the Kurdistan region and the federal government, including the budget file, and the need to secure the rights and interests of citizens without involving them in political issues."

Saleh highlighted" the vitality of adopting serious dialogue and a common desire to find solutions to the unresolved issues in accordance with the constitution and in a manner that fulfills the interests of all citizens."

The delegation of the region had arrived in Baghdad on Sunday evening to engage in a new round of discussions between the parliamentary blocs regarding the Kurdistan Region’s share in the federal financial budget for the current year.

Last December, Baghdad and Erbil reached an agreement on the financial budget, stipulating that the region hand over 250 thousand barrels of oil per day, and half of the revenues from border crossings to the federal government, in exchange for a share in the budget of 12.6%.

The agreement was included in the draft budget initially, but the political blocs in Parliament rejected the deal later, which impeded its approval in Parliament.

Iraq’ Salih meets the US ambassador to Iraq

Salih: activists' assassins must be punished