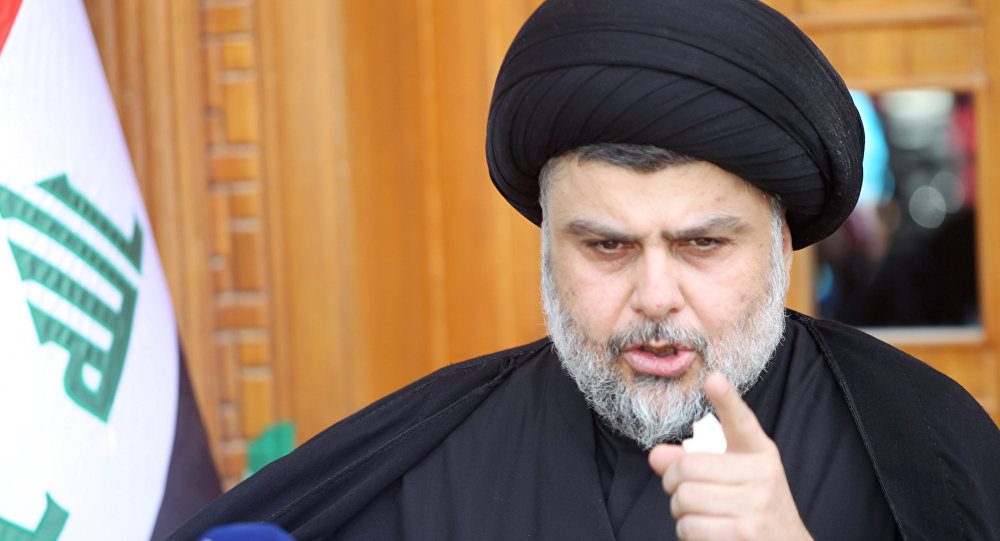 Shafaq News/ Sadr leader ,Muqtada al-Sadr warned on Wednesday from making the situation in Iraq the same as Syria, and Yemen if Prime Minister ,Adel Abdul Mahdi does not resign from his post, declaring that he didn’t    ally with the parties refusing his resign in reference to "Fateh" alliance led by the Secretary General Organization of "Badr group" Hadi al - Amiri.

Sadr said in a post on social media "Twitter", today, that "we received a response for our demands yesterday, this is just a warning not a threat, you people are higher than fear for those who did not notice I try to alert or (warn) yesterday it was Syria and Yemen, and now Iraq …yesterday Bashar then Abed Rabbo and now Adel Abdul Mahdi “.

Ghadban reveals the details of the oil agreement with Kurdistan .. Iraq in a temporary budget in 2020