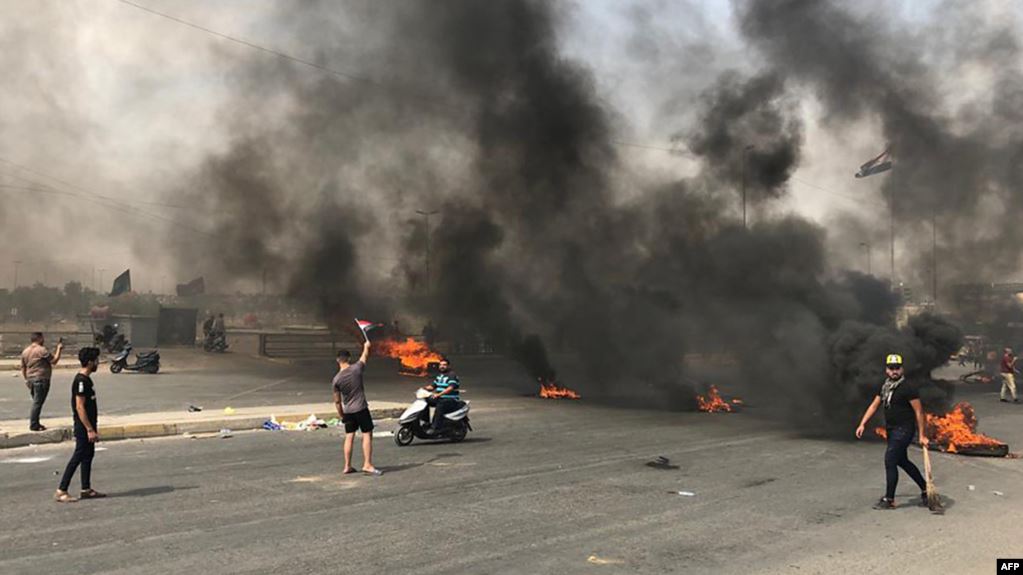 Shafaq News/ Angry protesters in Muthanna province on Monday blocked roads leading to the center of the province.

A local official source told Shafaq News that the demonstrators in the governorate were blocking roads leading to the city center.

The source added that protesters set fire to old tires in the streets to prevent movement totally.

Protesters in the oil-rich province of Basra, which lies in the far south of Iraq, continued to block most of the province's main roads for the second day in a row.

The protesters set fire to those roads, which lead to some sites and oil fields that are the backbone of the country's economy, Shafaq News reporter said.

Angry demonstrators in the southern oil-rich provinces of the country since last October blocked roads leading to fields, oil sites and ports to stop work, as they see no use in light of the difficult living conditions they are suffering.