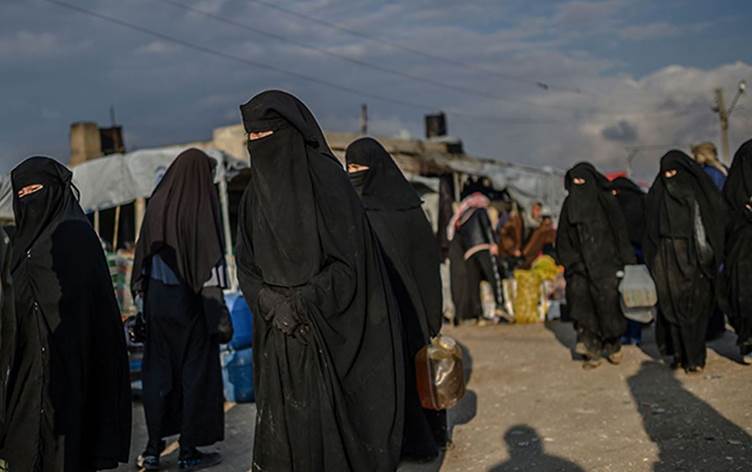 Shafaq News / Member of the parliament (MP) of Nineveh Governorate, Shirvan Dobardani announced on Thursday that the representatives of the province in the Parliament have collected signatures rejecting the establishment of a federal government camp to house the families of ISIS Iraqis present in Syria.

Dobardani said in a press conference he held in Zummar district in Nineveh among crowds of people that the representatives of Nineveh Governorate in Parliament collected signatures and sent them to Nineveh operations, in which they strongly refused to establish a camp in Zummar to accommodate the families of ISIS members coming from Al-Hol camp in Syria, which is one of the most dangerous camps according to international reports.

He added that the number of ISIS family members in Al-Hol camp exceeds 18,000.

He added, "Today, we, the representatives of Nineveh, the provincial council, and the local government are standing here to prevent the transfer of these families to the camp to be established in Zummar," calling on the Iraqi government to find a solution to this problem and work to rehabilitate these families within the community, saying "they should not be isolated, which may lead to a return of the organization again. "