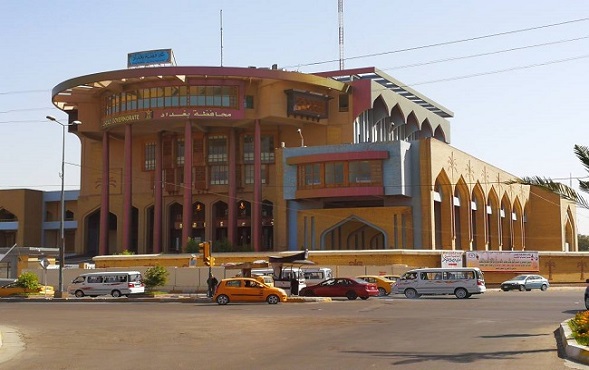 Shafaq News/ Baghdad provincial council revealed on Monday that "Sadiq al-Zamili," a member in the State of Law coalition is the most likely candidate for the post of head of the local government of the capital Baghdad, succeeding the current Falah al-Jazaere if the latter stepped down from his post.

"Until now, the governor of Baghdad has not submitted his resignation, but there was an intention to resign according to what we have received, however there is nothing official at this moment," deputy speaker , Adel al-Saadi told Shafaq News as al-Jazaere still has his powers as governor of Baghdad. "

Al-Saadi said that "on choosing an alternative to al- Jazaere in the event of a formal resignation, there is a group of names put forward some from within Baghdad Provincial Council and some from outside, including the same bloc of the current governor (state of law), and some candidates from other blocs, seeking the governor position. "

He added that "may be the front-runner for the post of governor is a member of the State of Law coalition , Sadiq Zamili, especially he was a competitor to al- Jazaere and the difference between the two votes was one vote."

On Sunday, local media reported that the governor of Baghdad, Falah al- Jazaere had resigned because he was unable to continue working because of his health condition as there has been a conflict over the news.