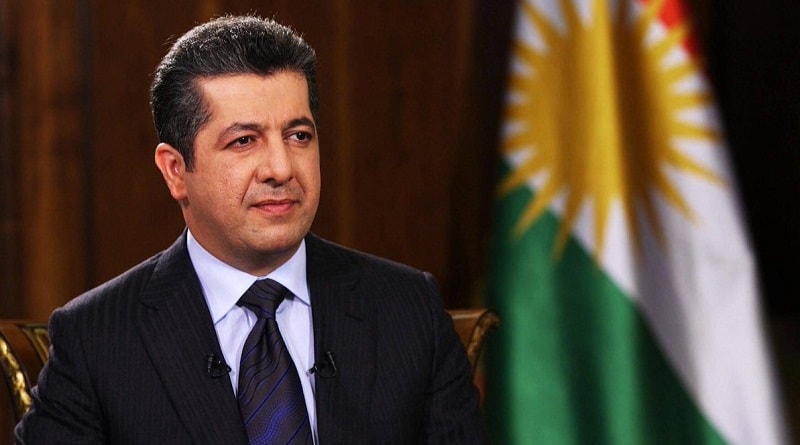 During the phone call, the Prime Minister expressed his support for Al-Kathemi to work together with a view to resolving all outstanding issues between Kurdistan Regional Government and the federal government under the constitution.

The President of the Republic Barham Salih assigned on Thursday, Mustafa Al-Kathemi to form the Iraqi government, shortly after Adnan Al-Zorfi failed in this task.

Al-Zorfi considered his apology for continuing to commission due to "preserving the unity and supreme interests of Iraq."

Al-Zorfi’s failure to form the government came after Shi’ite and Sunni forces agreed, as well as Kurdistan region, to nominate the head of the intelligence service, Mustafa al-Kathemi, to form the next government.

On Wednesday, Kurdistan Region and the Alliance of Iraqi Forces led by Speaker of Parliament Muhammad Al-Halbousi and the National Alliance led by Iyad Allawi announced Al-Kathimi's succession to the resigned Prime Minister Adel Abdul-Mahdi.

Al-Kathemi said in his first statement after the commissioning, “With my assignment to the task of heading the Iraqi government, I pledge before my honorable people, to work to form a government that puts the aspirations and demands of the Iraqis at the top of its priorities, and safeguards the sovereignty of the country and preserves rights, works to solve crises, and pushes the economy forward ".