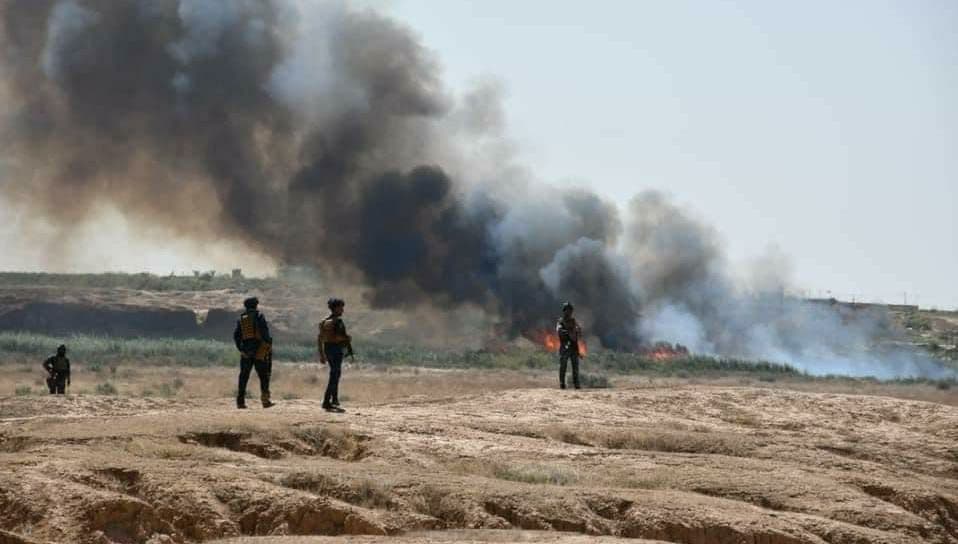 Shafaq News/ A local official in Saladin on Sunday demanded securing the borders of al-Azim sub-district, north of Diyala, with the outskirts of al-Dalouiyah sub-district, southeast Saladin, from the attacks of ISIS terrorist cells.

The Deputy Commissioner of al-Dalouiyah, Hamza Riyad, told Shafaq News Agency, "the center and parameters of the sub-district are secure and clear of ISIS cells and hotbeds."

"However, the attacks on the sub-district emerge from the vast areas at the borders of al-Dalouiyah with al-Azim sub-district, al-Azim Basin, which houses ISIS cells that wage blitz attacks against security forces."

"ISIS cells usually use rifles to evade direct confrontations with the security forces," he continued, "yesterday's terrorist attack targeted a patrol transporting food supplies at the borders of al-Azim with al-Dalouiyah."

Riyad called on the authorities to terminate the terrorist groups infesting the "evil hotspot" in al-Azim basin to secure the area and halt the attacks against the security forces stationed there.