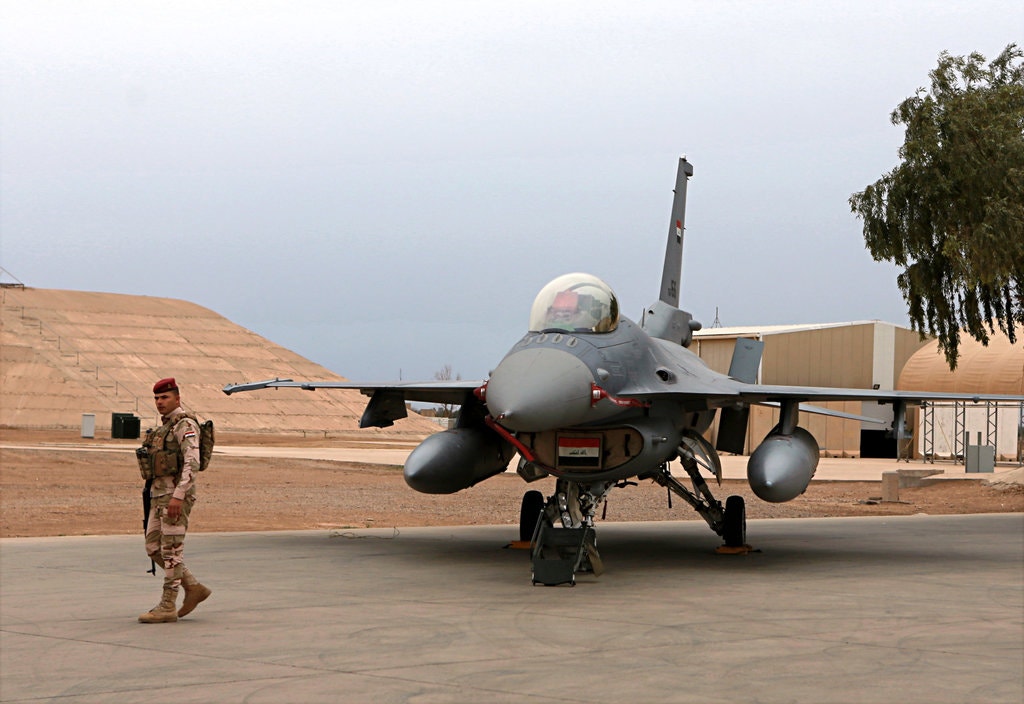 Israel has carried out an airstrike on a weapons depot in Iraq that officials said was being used by Iran to move weapons to Syria, an attack that could destabilize Iraq and thrust it deeper into the conflict between the United States and Iran.
The attack, believed to be the first Israeli bombing in Iraq in nearly four decades, represents an expansion of the military campaign Israel has carried out against Iranian targets in Syria.

The Israeli attack last month was one of several recent attacks on weapons storage facilities controlled by Iraqi militias with ties to Iran. It was not clear who carried out the other attacks, which have set Iraq on edge as it struggles to recover from nearly 40 years of war and instability.

Responding to the attacks on Thursday, Iraq’s national security adviser, Falih al-Fayadh, said that Iraq wanted to avoid taking sides in any struggle between Iran and other countries and being “pushed into a war.”

“The Iraqi government and especially its security agencies and armed forces will take all measures necessary to protect Iraq and its people and to deter any attempts at destabilization,” he said.

He said the government had yet to determine who was behind the attacks.

A senior Middle Eastern intelligence official said that Israel had bombed a base north of Baghdad on July 19.
Two senior American officials, however, said that Israel had carried out several strikes in recent days on munitions storehouses for Iranian-backed groups in Iraq.

In a statement on Wednesday, Jamal Jaafar Al-Ibrahim, the deputy chief of the Iraqi militias known as Popular Mobilization Forces, blamed “American and Israeli aircraft” for carrying out “repeated attacks” on the groups’ local headquarters.
The Israeli military refused to comment on the attacks but Prime Minister Benjamin Netanyahu, asked about them on a visit to Kiev, Ukraine on Monday, said “Iran doesn’t have immunity anywhere.”

“A state that says, ‘We are going to destroy you and we will build bases to fire missiles and to send terrorist cells against you’ — as far as I’m concerned, has no immunity,” he told reporters. “We will act — and currently are acting — against them, wherever it is necessary.”

Israel has carried hundreds of airstrikes against Iranian assets in Syria during that country’s eight-year civil war.

In Iraq, there have been four attacks on weapons depots in the last three months. Three of them belong to the Popular Mobilization Forces in or near Salahuddin Province. The fourth was a base in Baghdad used by the federal police and the militias.
The Israeli attack on July 19 struck a base that the Middle Eastern intelligence official said was being used by the Iranian Revolutionary Guards to transfer weapons to Syria. The Israeli strike, which was launched from within Iraq, the official said, destroyed a cargo of guided missiles with a range of 125 miles.

An Iraqi military official confirmed that a base was hit and said that three people were killed in the strike, including an Iranian.

The most recent attack occurred Monday on the periphery of the vast Balad Airbase, an Iraqi military base that formerly had been used by the United States. The militias have erected storage facilities around the base, and the bombing set off an explosion of Katyusha rockets, mortar shells and grenades into the surrounding area.

No deaths were reported.

The militias, also known as Hasht al Shabi, are officially an arm of the Iraqi Security Forces but a handful operate semi-independently and several have strong ties to Iran. The militias began as informal volunteer forces in 2014 to help defend the country from the Islamic State and are credited with helping defeat the group.

But since then, some of the militias with the closest ties to Iran have been seen as Iranian proxies whose interests align with their sponsors in Tehran rather than the Iraqi government. Some of their leaders are now on the United States terrorism list.

Israeli officials say they have become a conduit for Iran’s transit of weapons to its militias in Syria and to the Lebanon-based Hezbollah. Iran has become a critical partner for the Syrian government, which has allowed it to build a substantial military infrastructure there, which Israel has repeatedly attacked.

Iraq, where multiple foreign forces are still fighting the Islamic State, has made clear it wants no part of that fight. Iraq is a close ally of Iran but Iraqi officials are concerned about being used by Tehran or by Washington, which is trying to punish Iran for its military activities in the Middle East.

The Israeli move also holds potential hazards for the United States, whose troops remain in Iraq in the fight against the Islamic State. Because the United States is a close Israeli ally, Iraqis are quick to blame it for allowing the Israelis to carry out attacks in Iraq.

A senior American official said that Israel was pushing the limits with the strikes in Iraq. Speaking on condition of anonymity to discuss delicate diplomatic matters, the official said the airstrikes could get the United States military removed from Iraq.

The last known Israeli attack in Iraq was in 1981, when an airstrike destroyed a nuclear reactor under construction near Baghdad. Israeli officials contended that the reactor was intended to produce nuclear weapons.

Israel had long maintained a policy of silence and ambiguity about its airstrikes in Syria until January, when its outgoing army chief of staff, Gadi Eisenkot, openly described that campaign in The New York Times. He said Israel had hit Iranian targets or its proxies in Syria and Lebanon “thousands” of times “without claiming responsibility or asking for credit.”

Days later, Mr. Netanyahu, who was campaigning for re-election, confirmed that Israel had bombed an Iranian weapons depot at the Damascus airport, and threatened more such attacks.

In a speech in July, Yossi Cohen, the chief of Israel’s Mossad spy agency, said Israel had taken “a number of overt and covert measures, of which only a small part has been revealed” to prevent Iranian efforts to gain a foothold in Syria.

Iran and Hezbollah, he said, “are trying to transfer some of their bases to northern Syria. At the same time, they are setting up bases and factories for sophisticated weaponry in Iraq and Lebanon. They mistakenly believe that we will have difficulty reaching them there.”
nytimes