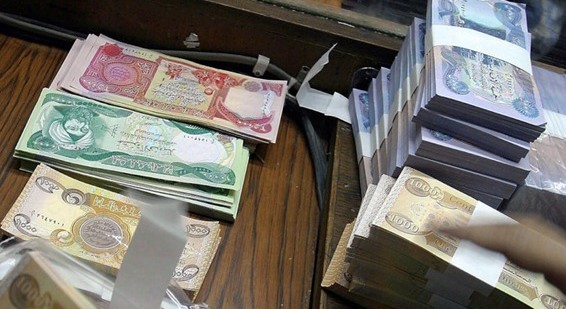 Shafaq News / The Parliamentary Finance Committee is working on to present an action plan to the government to agree on the financial austerity and open the file of alien employees (meaning that receive wages who don’t exist) as well as the double salary employees, affirming work on reviewing contract files concluded by state ministries.

"The Parliamentary Finance Committee is preparing a new action plan to address the financial crisis in the country by restructuring the draft general budget law for 2020 , sending it to the parliament and reviewing it well while reducing the necessary paragraphs," committee member Jamal Kocher told Shafaq News Agency.

"The action plan also includes identifying other state resources, determining defects and reviewing the contracts concluded by the ministries, including licensing sessions in the Ministry of Oil and armament contracts for the Ministries of Interior and Defense."

"The Finance Committee is working in a plan to define the chapters of financial austerity in addition to external and internal borrowing focusing on the files of alien employees, double-salaries’ employees and the detection of corruption files in the departments and institutions of the state."

Iraq is going through a tough financial crisis due to lowering oil prices since the outbreak of Corona virus (Covid-19), which led to fears from the impact of revenues decline to lack of liquidity on the federal budget for 2020 , the impact of the operational budget , the salaries of governmental employees and retirees.

Iraq has not yet approved 2020 budget as a result of the ongoing protests since last October, which led to the resignation of the previous government headed by Adel Abdul-Mahdi and its transformation into a caretaker government that is not within its powers to send the draft budget to parliament.