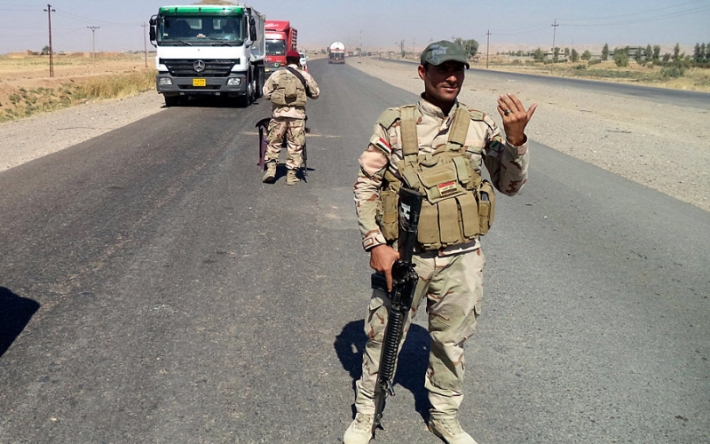 The Directorate said in a statement today that a special intelligence operation was characterized by high-precision planning managed the military intelligence detachments to lead Salah al-Din operations in cooperation with the brigade 88 Popular Mobilization and the participation of the army aviation to specify the place of a terrorist group in Hamrin Mountain led by the dangerous terrorist (Taleb Jerou Al-Azzawi).

The statement added that the troops "killed him along with four of his assistants while the army aviation ensured the destruction of their dens."