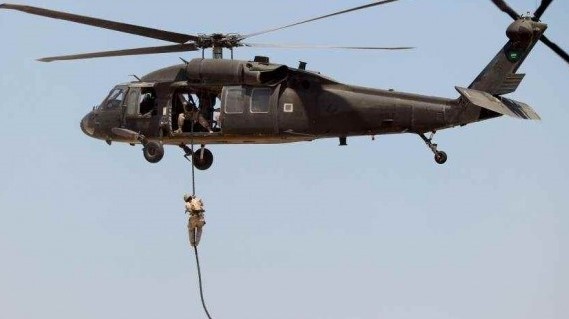 Shafaq News / The Iraqi Ministry of Defense announced on Tuesday that the army launched an air strike, which killed ISIS elements in Al-Hadr Jazerra of Salahuddin Governorate.

The ministry said in a statement today, that the military units within the leadership of Salahuddin Operations and in conjunction with the forty-fourth brigade operations of Nineveh Axis a popular mobilization, and with field supervision by the commander of Salahuddin operations, Major General Abdul Mohsen Hatim Mosa, carried out a military operation and seven axes of inspection and clearance east and west of al- Tharthar valley   to impose security and stability in the region and pursue the remnants of ISIS.

The statement added that the operation resulted in the destruction of a pick-up vehicle carrying fuel and medical supplies, killing of (3) ISIS terrorists after an air strike by the Iraqi army, and the destruction of two dens of ISIS.

US operation to kill ISIS's leader was based on Iraqi intelligence information, military official says

ISIS torch farms in the vicinity of Khanaqin