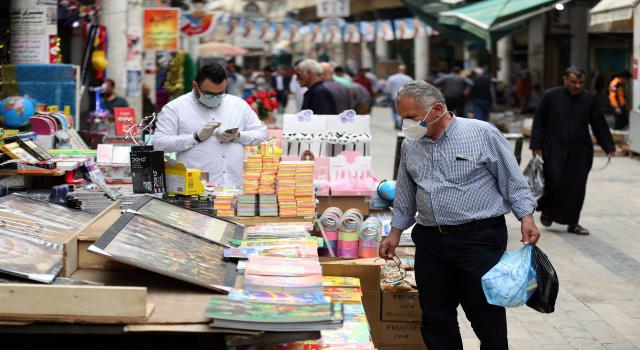 Shafaq News / The Health Department of Najaf Province announced, on Monday, that 15 people infected with Corona virus have recovered, indicating that 142 people have left the quarantine without symptoms.

In a statement received by Shafaq News, the department said, "15 patients have recovered and have been discharged from Al-Hakim Hospital."

The statement pointed out that "142 quarantined people have left the quarantined places who were quarantined due to their contact with infected persons with Corona virus."

The statement quoted the official of the Respiratory Diseases Unit in the Department of Health, Laith Al-Musawi as saying, "The detainees, who were in contact with 11 confirmed cases, were subjected to follow-up by the specialist doctors and did not show any symptoms of disease, and that their quarantine was a precaution to protect them and society for fear that they have been exposed to infection by contact with certain diagnosed cases. "