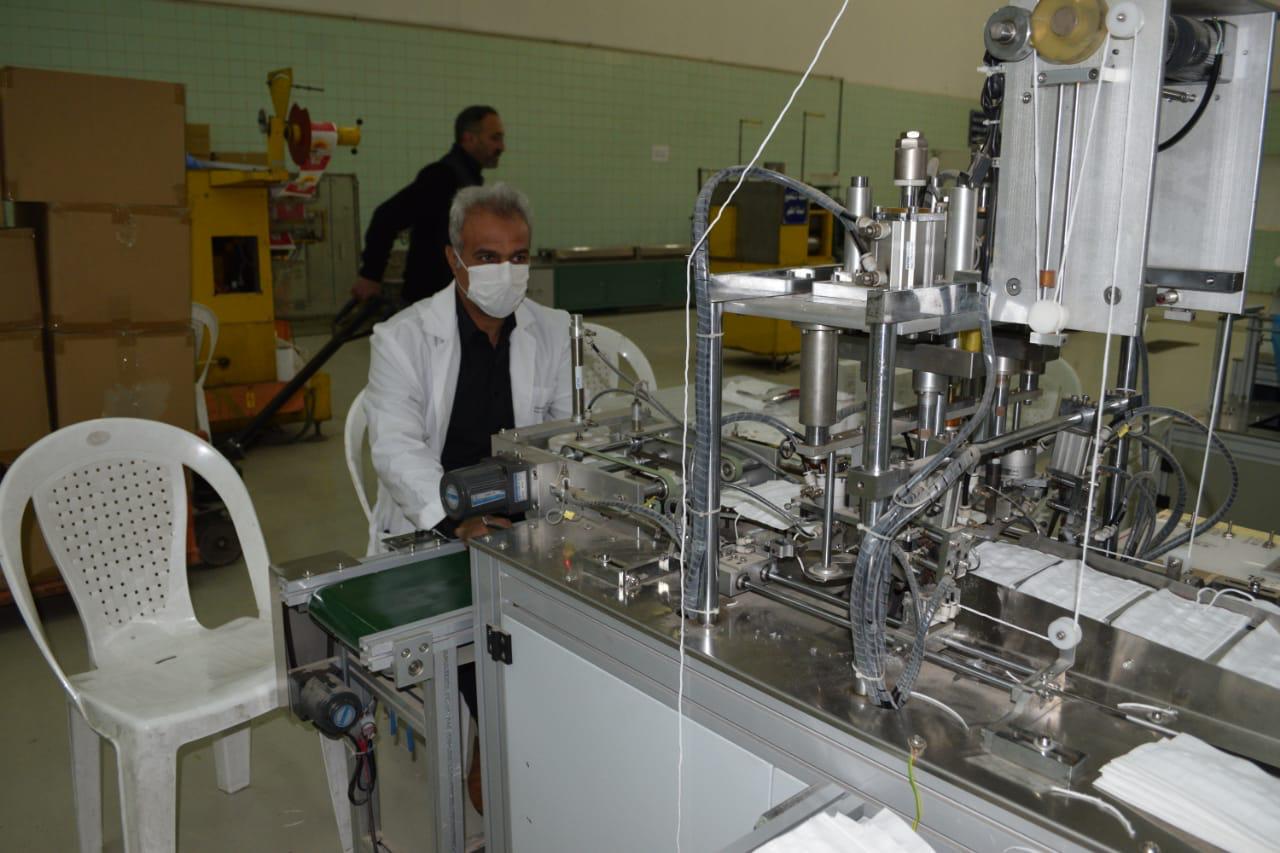 Shafaq News / The Iraqi Ministry of Health and Environment announced on Saturday that it had received 75,000 masks from the Ministry of Industry and Minerals, as part of the measures it had taken to reduce the spread of the disease after recording infections in the country.

The Ministry of Industry and Minerals had recently pledged to produce at least 70,000 masks a day after increasing prices in pharmacies and stores to increase demand for recording infections in Iraq.

The ministry said in a statement that after Dr. Jaafar Sadiq Allawi’s request to produce masks from the Ministry of Industry and Minerals and with the follow-up of the Minister of Industry and Minerals, the General Company for Textile and Leather Industries announced its employees ’commitment to the official working hours on Friday and Saturday to produce masks and equip the Ministry of Health with (75 000) masks as a first group even in the official holidays for the production of medical masks are in response to the orderd of the Minister of Industry and Minerals, Dr. Saleh Abdullah Al-Jubouri and with close follow-up from its Director General, Mr. Riyadh Abdul-Hussein Shaghi and his collaborators.

The statement added that this initiative comes from a high sense of responsibility to limit the spread of corona disease, as it continues to mobilize its energies and capabilities to produce the medical masks that the country needs at this critical time, as work is ongoing to meet the need of the product of medical masks.

It is noteworthy that the Ministry of Health in Iraq has announced recording 8 cases of corona virus, the first of which was in Najaf for an Iranian religious science student then five cases were diagnosed in Kirkuk, and two cases in the capital Baghdad.

In its detailed statement on the infection among the Iraqis , the ministry said that all of them were on a visit to Iran and had recently returned to the country.