Shafaq News / The Iraqi Border Ports Authority denied on Wednesday entry of Iraqis infected with Corona virus through al- Shalamcheh border crossing in Basra Governorate, while confirming the closure of all land border points with Iran and Kuwait.

The statement pointed out that "what appeared in the video clip is the entry of (23) Iraqi citizens coming from Iran in the joint coordination between the two sides, and the necessary precautions were taken in the initial tests by the Iraqi medical detachments inside al- Shalamcheh outlet and the results of the tests were positive."

The statement pointed out that "the port administration has contacted Basra governor, the security leaders and Basra Health Department, after that 13ambulance vehicles were sent to transport the Iraqi arrivals. This was done by sending them to the Republican Hospital in Basra Governorate to ensure their safety from infection with Corona virus, and the necessary action was taken, as it was found that the Iraqi arrivals were free of the infection and left the hospital.

The Border Ports Authority added that "these strict measures were motivated by great concern for the health and safety of the Iraqi people," noting that "some people are trying to spread prejudiced rumors through social media to achieve their sordid goal, stressing" to take confirmed information from its main and approved sources to avoid distorting the facts in the public interest. 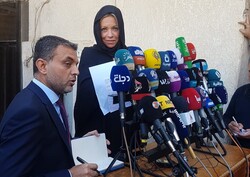 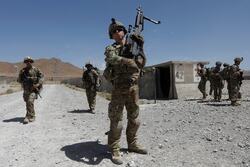