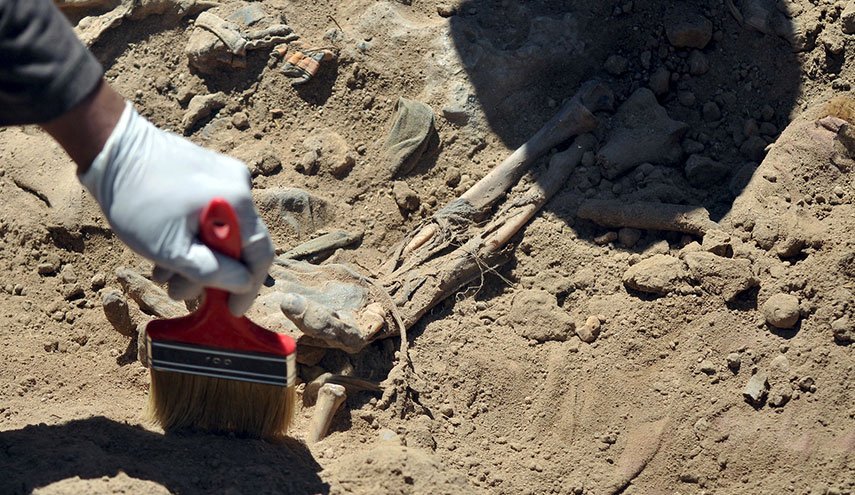 Shafaq News / The Investigation and Evidence Gathering department in Duhok governorate revealed today that an international team will unearth a mass grave in Hardan area, in Sinjar district.

The department's spokesman, Nechirvan Soleiman, said that the team will begin its work on February 20, in coordination with the mass graves directorate in Baghdad, in addition to a team from the Kurdistan region.

Soleiman indicated that the number of mass graves in Sinjar has reached 105, noting that they contain bodies of Yazidi victims who were killed by ISIS terrorists when they invaded the city back in 2014.

The joint national team, in cooperation with the international team, managed to excavate 27 mass graves in Sinjar until today, he added.

In August 2014, ISIS invaded Sinjar district, in Nineveh governorate, committed bloody massacres against its Yazidi community, and abducted more than 5,000 young girls and women whose fate is still unknown until today.