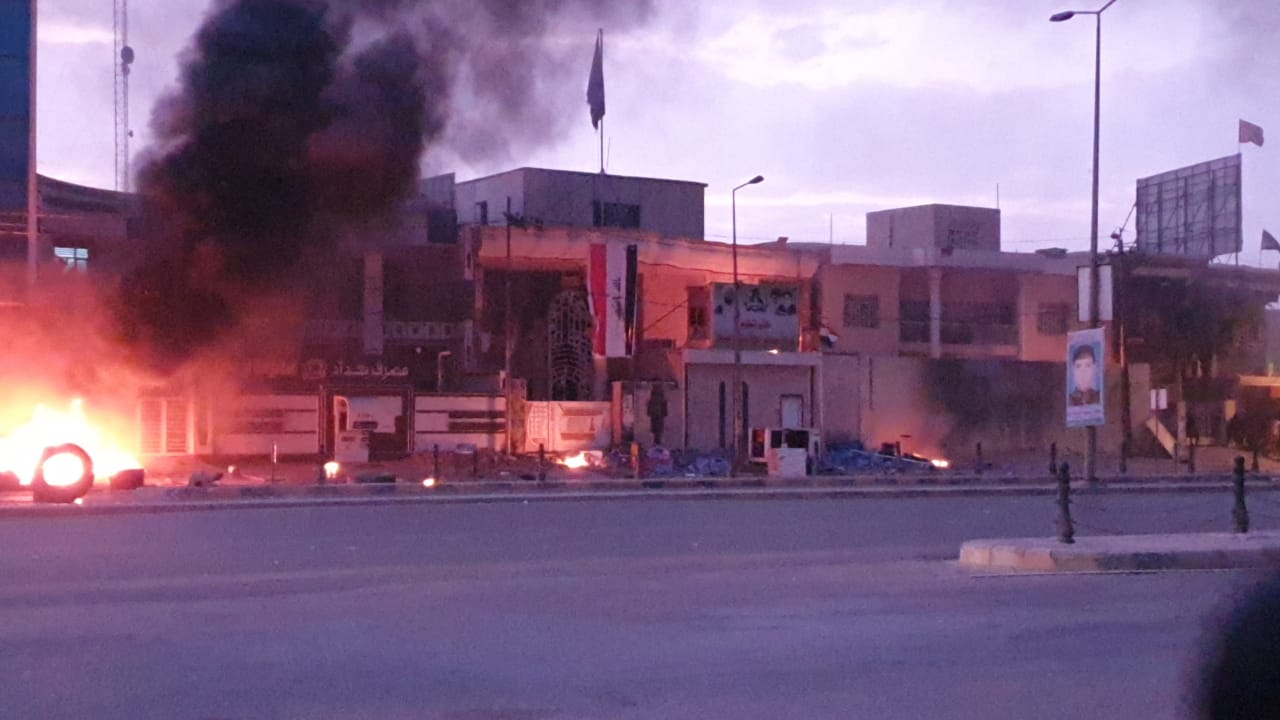 Shafaq News/ Basra province building in southern Iraq was exposed on Friday evening to an attacked by a grenade.

In the meantime, protesters in Babylon province burned the office of MP, Sadiq Madlul al-Sultani, headquarters of the Reform Movement, headquarters of State of law in addition to storming the Office of al-Bashaer movement and the destruction of its contents, and attacking the house of Raad al-Jubouri, Chairman of Babylon Council.