Shafaq News / The Russian ambassador to Iraq, Maxim Maksimov revealed on Thursday that Iraq had not made any formal request to buy Russian S-400 air defense systems, considering that the matter is still only at the level of interest.

Maximov said, "Of course, in light of recent events, interest from the Iraqi side in the Russian S-400 air defense systems increased, but it is too early to talk about anything until now."

Maximov indicated that the Iraqi army is convinced and interested in Russian weapons because it is characterized by quality and efficiency in various battlefields.

"We always say that we are ready to continue to assist the Iraqi government in strengthening its defense capabilities as the latest military equipment in Russia is produced for all military armies, including air defense. If we receive an appeal about specific systems we will consider them," Maximov added.

Maximov concluded "We are waiting for Iraqi friends in Russia to visit the Russian arms exhibition" Max "and" Jeremiah 2020, "according to the news agency" Sputnik ".

The United States of America has been the main source of Iraqi army weapons since the overthrow of international forces led by the US in the previous regime in 2003.

However, relations between Washington and Baghdad were recently strained due to the killing of Quds Force commander, Qassem Soleimani, and the deputy head of the Popular Mobilization Forces, Abu Mahdi Al-Muhandis in a US air strike near Baghdad airport on January 3.

Iraqi officials are waving that Baghdad may resort to the worst alternative to the American market, to secure weapons and military equipment for their country's forces.

After the US embassy .. A Shiite faction publishes a video documenting its observation of Al-Asad base 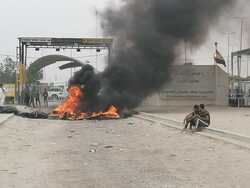 A senior U.S. official: We want Iraq without corruption or malicious foreign intervention 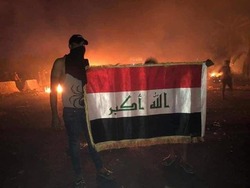