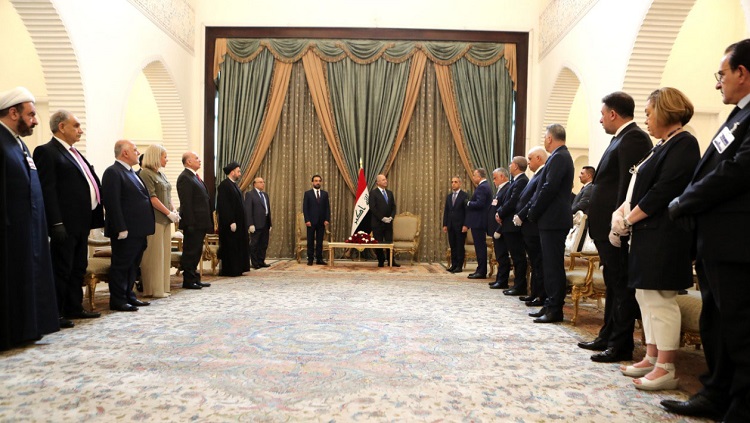 Shafaq News / The head of Kurdistan Democratic Party (KDP), Vian Sabri confirmed on Wednesday that the Kurds will not accept but their entitlement in ministerial positions.

"We demand our entitlements as they are in ministerial positions and will not accept any changes,” Sabri said in a brief press statement reported to Shafaq News.

"Abdel Rahman Mustafa, the former governor of Kirkuk, who was nominated for the portfolio of the Ministry of Justice in the government of Mustafa al-Kadhimi, is not a candidate of PUK ,” The leader in the party, MP Ala Talabani told Shafaq News.

"This candidate does not represent us and we will not vote for him, in today's session, which is dedicated to giving confidence to the new government,” Talabani added.

It is scheduled for the Parliament is to hold the session to consider whether or not to give confidence to Al-Kadhimi government today at 9 p.m.

For the government to obtain the confidence of Parliament, an absolute majority (50 percent + 1) is required for the number of members present (not the total number) to grant confidence.

If Al-Kadhimi obtains confidence from the parliament, the new government will succeed the government of Prime Minister Adel Abdul Mahdi, who resigned in early December 2019 under pressure from popular protests calling for the departure and accountability of the political class accused of corruption and waste of state money