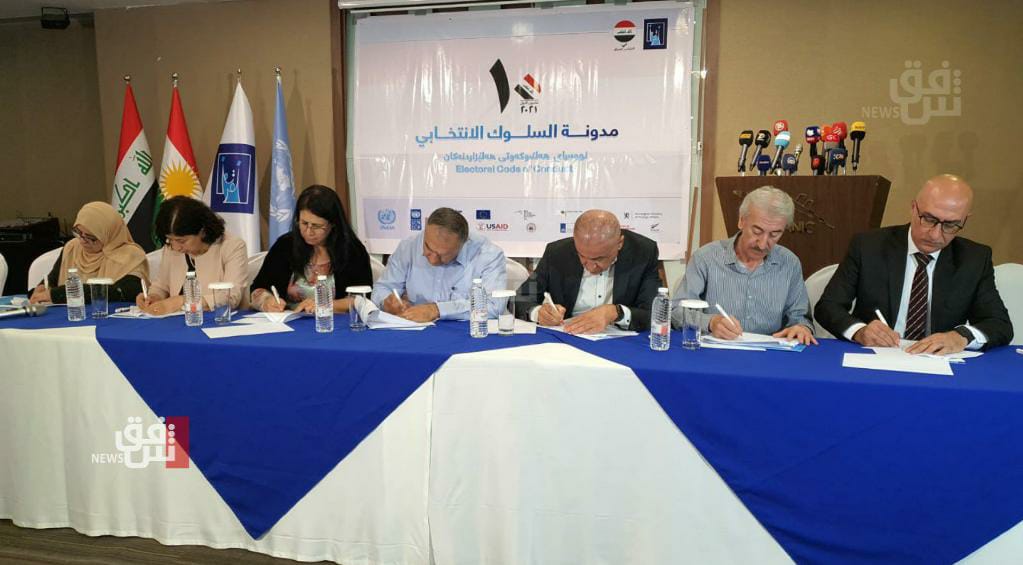 Shafaq News/ Representatives of the political parties running for the October elections next month signed an electoral code to ensure the integrity of voting and equal opportunities for all candidates.

The meetings were held in parallel in the Iraqi governorates, where the participants signed a code regarding the rules to be adhered to by the Iraqi political parties during the electoral process.

The code stresses the importance of avoiding conflicts, increase public support for the electoral practice, and protect the integrity of the elections.

Director of al-Sulaymaniyah's IHEC office, Amenj Aziz, told Shafaq News agency that the Code of Electoral Conduct also emphasizes the need for creating a safe and stable environment for elections, adhering to the instructions of the Electoral Commission, and preventing negative phenomena that affect the voter’s decision.