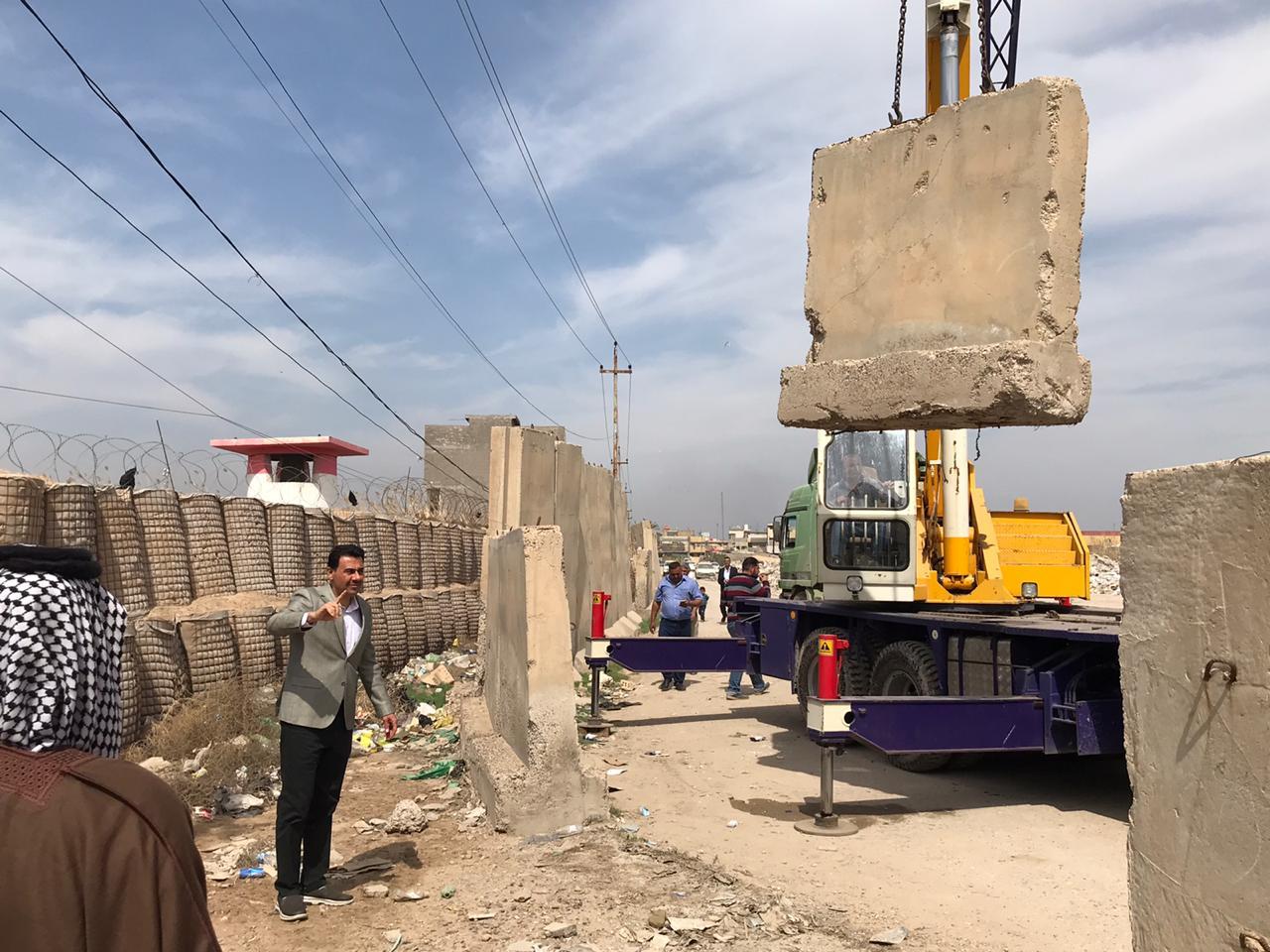 Shafaq News / The Municipality of the Iraqi capital, Baghdad announced   opening a road that has been closed for 17 years ago south of the capital.

A statement of the Municipality received by "Shafaq News" stated that "Al-Dora municipality, one of the secretariat staff began lifting the concrete blocks and opening the road linking Abu Dsheer area in Halija area, which is called the oil line road, after obtaining the necessary approvals."

The statement added that "the municipal staff started a campaign to clean and rehabilitate the road, especially since it has been closed for 17 years."

In the past two years, the Municipality of Baghdad has been opening the closed roads since 2003 and raising the concrete blocks from the main and subsidiary streets in the Iraqi capital.

Baghdad..gloomy and empty on the first day of Al-Adha