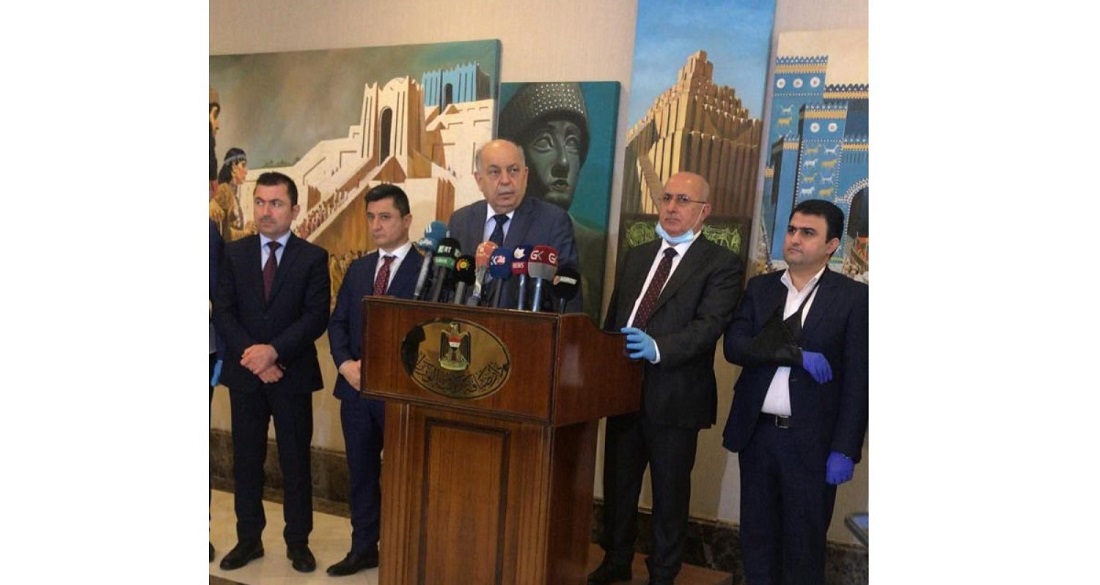 Shafaq News / A meeting between a government delegation from Kurdistan Region has ended today with the Deputy Prime Minister - Oil Minister Thamer Al-Ghadhban and other officials.

After the meeting, a press conference was held, where Al-Ghadhban stressed, " we agreed to reduce oil export quantities and other measures will follow due to OPEC agreement”

He added, "We also discussed the gas investment issue, including unexploited developed fields, as the region's government will study a proposal that we have made to invest in stations to increase electricity generation, and an oil team of oil and electricity will be sent to discuss this matter."

For his part, the Finance Minister of the Region , Awat Janab said at the conference, "We agreed to reduce oil production and a mechanism to invest gas for the benefit of both parties, as we agreed in principle to secure a portion of Kirkuk's electricity."