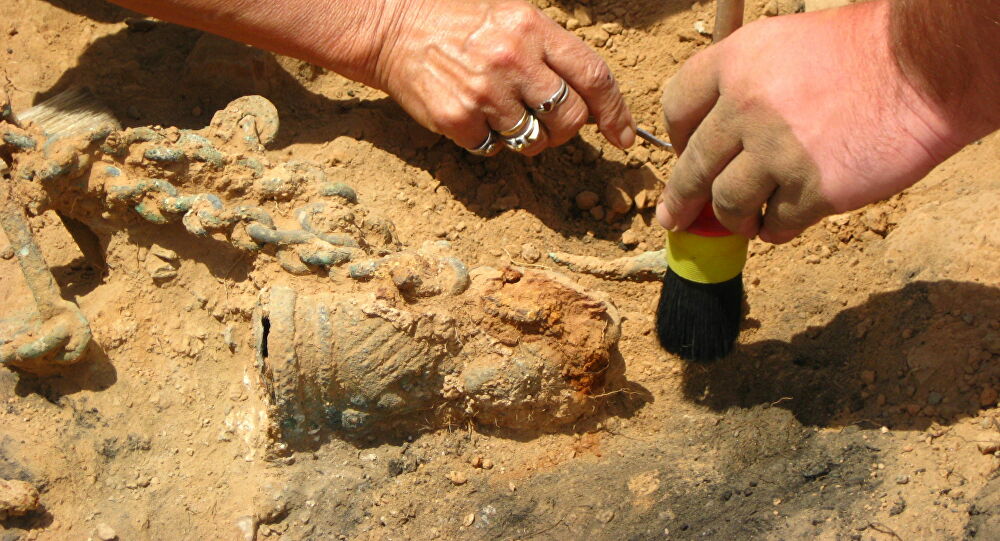 Shafaq News / German archaeologists have discovered an ancient palace in Iraq, which they could not reach until after the area was detonated by ISIS.

"The extremists have caused big destruction, but this has provided insights for us," said Peter Megalis, professor of archeology at Heidelberg University.

In the summer of 2014, ISIS supporters stormed Mosul city northern Iraq and subsequently blew up a mosque over a hill above the tomb of Prophet Yunus.

The mosque was built over a military palace of the Assyrian Empire. After the bombing, ISIS followers began digging a system of tunnels hundreds of meters under the rubble, according to Megalis.

When Iraqi security forces regained control of the city in 2017, the tunnels were preserved, along with access to the military palace. At the request of the General Authority for Heritage and Antiquities of Iraq, researchers from the University of Heidelberg began exploring the site.

Scientists have discovered rare archaeological treasures in the tunnels. Inside the tunnel system, they found the Throne Room of the Military Palace, which was approximately 55 meters long. "The palace is partly well preserved," said Megalis.