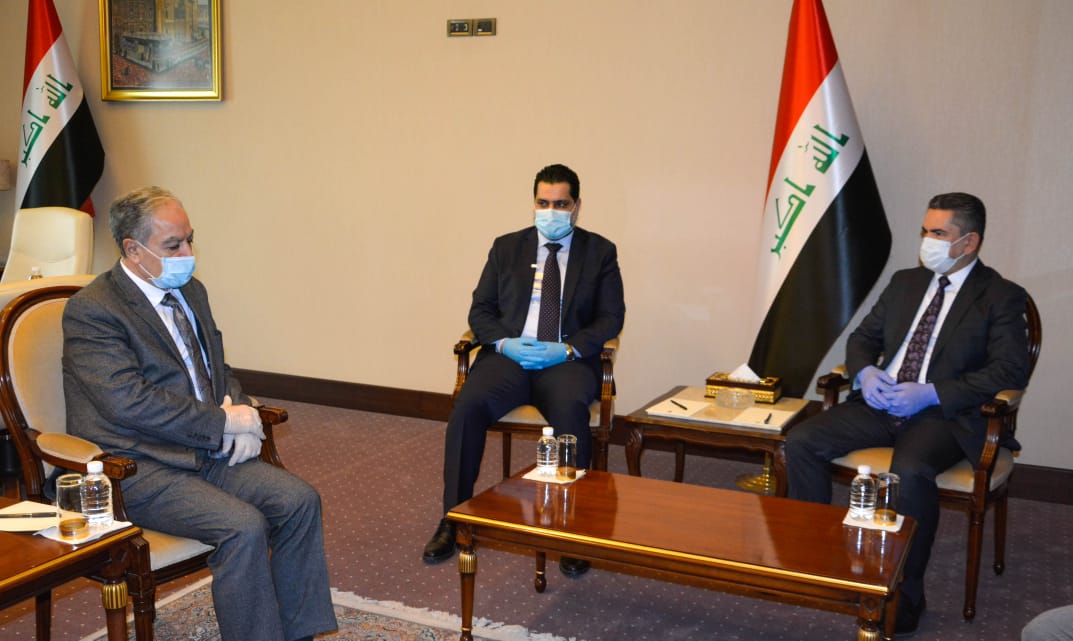 Shafaq News / The Prime Minister-designate, Adnan Al-Zorfi expressed on Wednesday his intention to permanently close the file of the displaced and launch a "major" reconstruction campaign in Iraq if he was able to form the next government.

This came during his meeting at his residence in Baghdad, both of the Minister of Immigration and Displaced Nawfal Baha Mousa and the head of the Iraq Reconstruction Fund, Mustafa Al-Hiti, according to a statement issued by Al Zorfi’s media office today.

The statement stated that Al-Zorfi confirmed his government's intention to work with responsibility to permanently close the file of the displaced people , in parallel with the reconstruction of the destroyed cities and ensuring the requirements of civil peace and coexistence.

The Prime Minister-designate also expressed his intention to launch a major national campaign to advance basic services and vital projects throughout Iraq.

Al-Zorfi noted that he received encouraging signs from the ambassadors of the permanent members of the United Nations Security Council and the group of members of the European Union to contribute to the support and financing the Reconstruction Fund to expand its development and service projects.

It is noteworthy that Al-Zorfi also met yesterday evening, Minister of Planning Nuri Al-Dulaimi and the proxy Chairman of the National Investment Commission Salar Muhammad Amin.