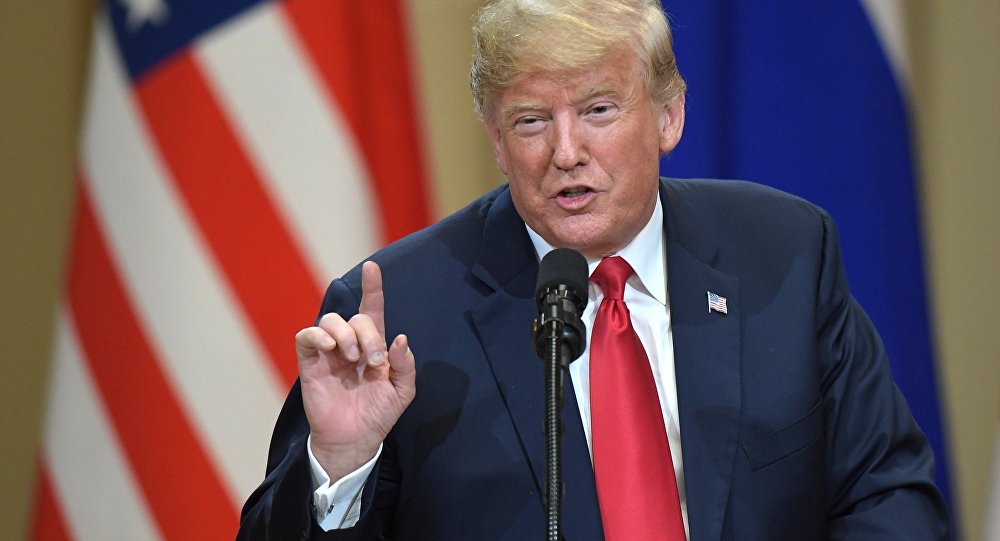 Shafaq News / Sadr movement leader Muqtada al-Sadr accused on Wednesday the President of the United States of America, Donald Trump, of spreading the new Corona virus, indicating that he does not want any treatment come from Trump or from the endemic companies.

Al-Sadr tweeted that he “ (Trump) said we are doing a great job against   Corona virus ... and the situation would have been worse if not for our intervention.” Trump, you and others like you are accused of spreading this disease, especially since most of those who suffer from it are opposed to America. "

"Trump, yesterday you claim that America has brought down the great empires and suppressed terrorism ... and today you are fighting (a virus that cant be seen with the naked eye !! Aren’t you ashamed of yourself?"

Sadr addressed Trump by saying, "Trump, you have filled the world with wars , occupations and conflicts. Today, you claim that you are will treat this disease... as this disease has spread only because of your reckless policies. "" Trump ... if you are an atheist and think of yourself as invented a treatment... we do not resort except to God. "

He pointed out that "any treatment issued by Trump and from the endemic companies ... we do not accept it and do not want it, because you are not only the enemy of God, but the enemy of peoples and you are the peace virus who spreads wars."