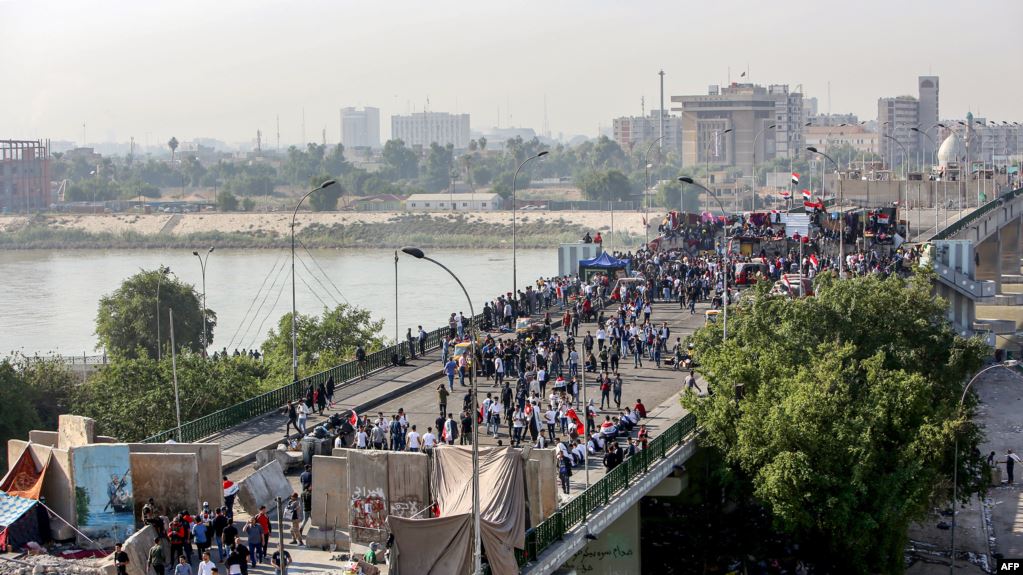 Shafaq News / Recent events in the square of demonstrations amid assassinations and kidnappings of activists have led to the spread of calls on social media to storm the Green Zone in the capital, Baghdad. However, activists warned that the call might be a "trap" aimed to end the peaceful protests that have continued since October 1.

Hash tag #don’t storm the Green Zone spread to warn of the consequences of storming the heavily fortified Green Zone, which includes government headquarters and a number of embassies.

Tweeters expressed fears that storming the Green Zone could lead to more bloodshed.

This was in line with the warning by the leader of "Asaib Ahl al-Haq" party, Qais Khazali that upcoming demonstrations on Tuesday are expected to sign the largest number of dead people.

Yesterday, a statement attributed to Tahrir Square demonstrators warned against a proposal to enter the Green Zone.

Activists saw that the proposal to storm the Green Zone aims to divert the path of the Iraqi movement from its peacefulness to turn into sabotage demonstrations.

It is noteworthy that Al-Jumhoriya Bridge, which connects between Tahrir Square and the Green Zone, has witnessed dozens of deaths and injuries due to the deadly violence that the security forces and the protesting militias used when they tried to cross it towards the Green Zone.

These developments come two days after demonstrators in Baghdad were attacked by gunmen, killing at least 24 people and wounding more than 120.

Demonstrations continue to demand the departure of the ruling class, despite the violent events that have killed more than 450 people since the 1 of last October.