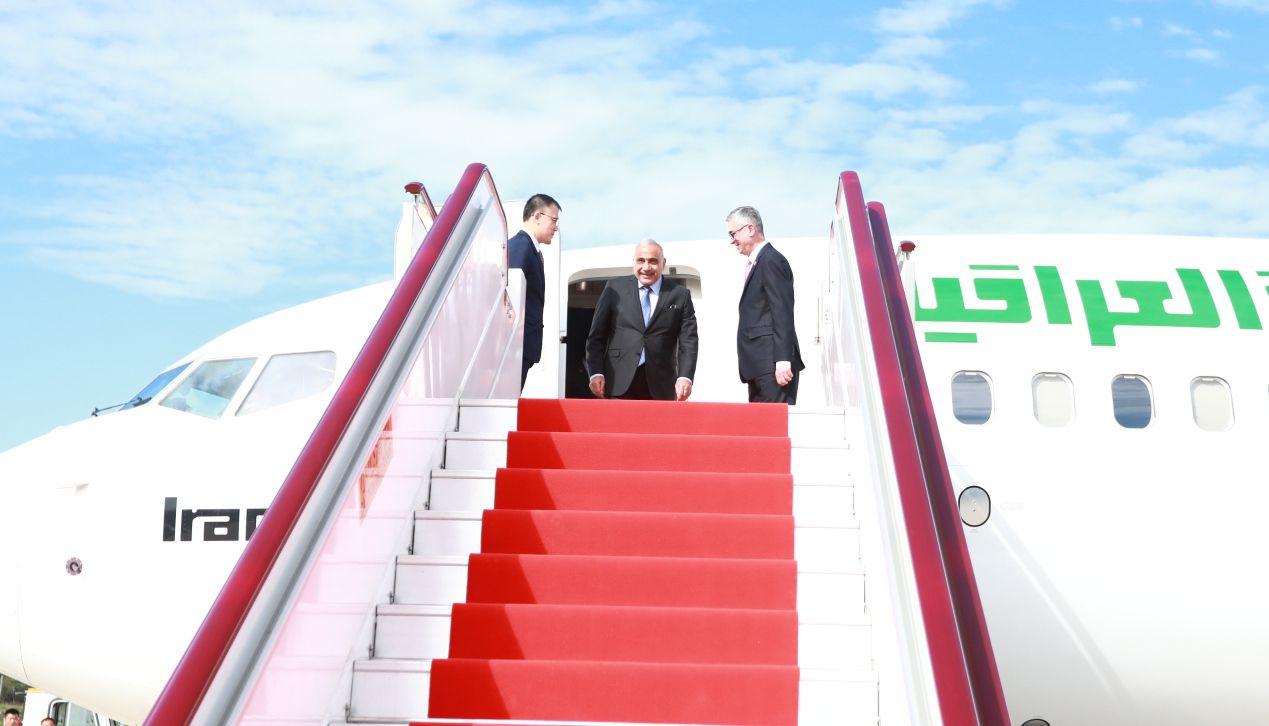 Shafaq News/ The Iraqi Prime Minister, Adel Abdul-Mahdi arrived to Héféi city in China on Thursday morning at the head of a large delegation.

A government statement said  thatAbdul-Mahdi and his entourage would take part in the World Industrialization Conference and deliver a speech  , which will be attended by officials from various countries and heads of major Chinese companies.

The conference, which starts tomorrow, will begin with a speech by the President of the People's Republic of China.

"We want this visit to be a quality leap in relations between the two countries," Abdul Mahdi said in a statement, adding; "We have been accompanied by a delegation of senior executives, including a number of important ministers and senior officials, including conservatives from all over Iraq."

“But because Iraq has also been working for some time to develop strategic framework relations with the People's Republic of China, known for its economic and technical capabilities and long contributions to the reconstruction of its sprawling country, and the first in terms of population in the world in addition to its Global intent which has made it the second largest economy in the world today that could top the list in the next few decades,” The statement noted.

" China has been able to overcome the factors of poverty, underdevelopment and disintegration that it had suffered a few decades ago, and provided the world with examples of the possibility of moving quickly and steadily from the economy of a backward tertiary economy to a country today that is at the forefront of countries, not in terms of Wealth, but also human, cultural, health, sports, artistic, social, scientific and security terms,” The statement added.

"Therefore, in our visit today, we are seeking to form a framework for strategic partnership in order for Iraq to rebuild its infrastructure, economy and society, and make tangible progress in getting rid of unemployment, poverty, illiteracy and underdevelopment. Today, Iraq seeks to deepen its relations with the East and the Asian countries by virtue of thousands of years of historical relations and similar experiences that allow it to benefit from its rich experience and expertise in this field that joined the "Belt and Road" initiative, where we seek to connect the Near East to the Far East, with what has historically been known as the Silk Road, which was also the spice route,” The statement went on.

"Because our route passes through India, we stopped for a short time in New Delhi and discussed with Indian government officials the activation of the Iraq-India Joint Commission, which has not met since 2013, and we agreed on the importance of exchanging visits between senior officials of the two countries. Oil imports for India, as Iraq has trade, political and cultural relations with India  that extends to ancient times. "

"Time does not allow long waits and missed opportunities," he said , Education, health, energy, communications, transportation, water and everything related to the construction and reconstruction of Iraq's basic infrastructure, which represents the growth lever, and the basis of the great progress befitting Iraq and its people. Researcher and develop relationships and draw plans to sign a large number of agreements that will bring significant changes in our economies and our infrastructure and various of our activities. "