A close source to the Prime Minister-designate Mustafa Al-Kathemi revealed, on Wednesday, the detailed process of distributing the parliamentary seats. He affirmed that the Shiites would have the lion’s share of 11 ministries in the new government.

The source said in an interview with Shafaq News that “the distribution of ministerial portfolios in al-Kathemi’s government will be according to the parliamentary seats, for each bloc and political party.”

The source added , who requested anonymity, due to the sensitivity of the information,” The prime minister-designate will grant the Shiite blocs 11 ministries in his government, while the Sunni blocs will be given 6 ministries, 3 ministries to the Kurdish blocs, one ministry to the Turkmen and one to the Christian component,”

On April 9th current year , Iraqi President Barham Salih authorized Al-Kathemi to form the government within 30 days, less than an hour after the former Prime Minister-designate, Adnan Al-Zorfi, announced his apology for this task.

The indications suggest that Al-Kathemi’s mission will be easy in the light of the support he received from most of the Shiite, Sunni, and Kurdish political blocs.

Al-Kathemi pledged to form a government that would provide services to its citizens , preserve the country’s sovereignty, and Limit weapons by the state. 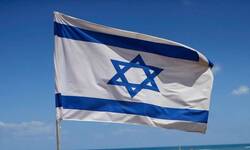