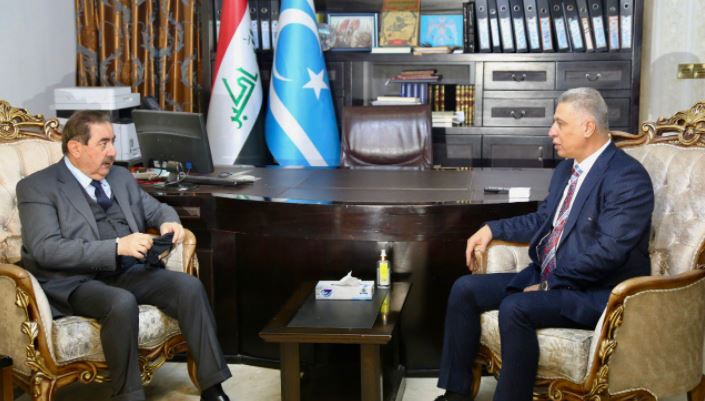 Shafaq News / The head of the Turkmen parliamentary bloc, Arshad al-Salehi, called for excluding the Kirkuk file from the government negotiations.

Al-Salehi's office said in a statement today that he had received the Kurdistan Democratic Party's candidate for the Presidency of the Republic, Hoshyar Zebari.

The statement said that the two parties discussed the latest political developments and the talks that are being held between the political forces.

Al-Salehi renewed his calls to exclude the Kirkuk file from the government negotiations, stressing the need for dialogue and reaching understandings that will lead to peace and harmony.

For his part, Zebari agreed with al-Salehi and stressed the importance of building a political system capable of serving and protecting the people.