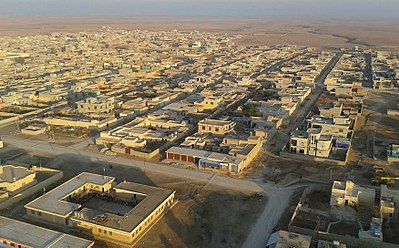 Shafaq News / Yazidi MP, Khaleda Khalil, confirmed that the Sinjar Agreement came in response to the district's residents' demands, stressing the need to implement the agreement under the constitution.

Khalil told Shafaq News agency, "the demands of Sinjar's residents are the return of the displaced and providing services for the district", noting, "the situation in Sinjar is complicated and security cannot be achieved without implementing the agreement."

Khalil called on the concerned authorities to "solve Sinjar district's problems, away from foreign agendas, by implementing the agreement and resorting to the constitution to implement Article 140, since Sinjar is one of the disputed areas."

However, the Iraqi army backed by Al-Hashd Al-Shaabi invaded the Region due to the tension between the Region and the federal government against the backdrop of the independence referendum in 2017.

Yazidi MP warns of a total security collapse in Sinjar