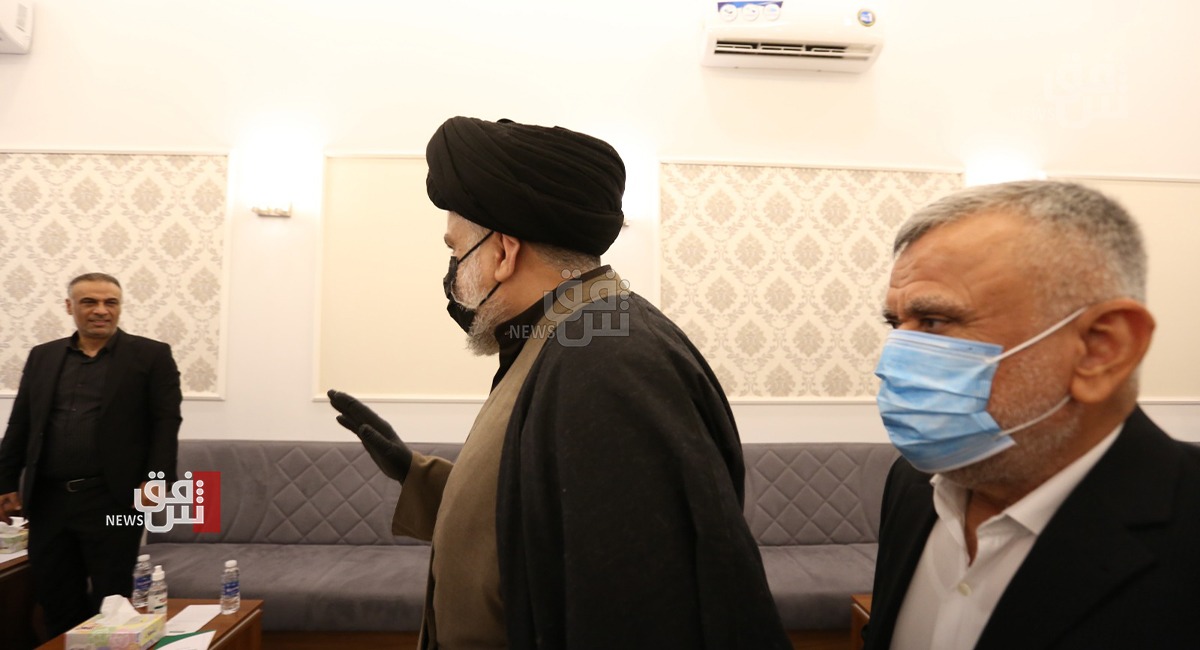 Shafaq News/ On Wednesday, a source in the office of the leader of the Sadrist Movement revealed that Muqtada al-Sadr's visit to Baghdad aims to agree with parties of the Coordination Framework to move forward to forming the next government.

"Al-Sadr will hold, within the next 24 hours, a meeting with the forces of the Framework to avoid the hesitation of some Shiite forces that are wishing to ally with him, in addition to deciding the form of the next national majority government." The source told Shafaq News Agency.

The source added that "Al-Sadr continues to insist on including specific forces to his alliance, particularly the most prominent leaders of the Framework: the Al-Fateh Alliance led by Hadi Al-Amiri, and the National Contract Alliance headed by Faleh Al-Fayyad."

According to our source, Al-Fateh and the National Contract want to join al-Sadr in an alliance. Still, the head of the Sadrist position about Nuri al-Maliki's participation is preventing this step.

He said, "the next meeting between some of the Framework forces and al-Sadr will lead to agreements and important outcomes," adding, "another will follow this meeting in Al-Hanana (Al-Sadr's residence). If the two parties agree on a scenario, it will be announced from there."

Meanwhile, the leader of the Al-Fateh, Ali Al-Fatlawi, confirmed that both sides will discuss two main issues: forming the government and a Shiite alliance, noting that "the Framework forces will confirm their position to participate with all components or join the opposition."

Al-Fatlawi told our Agency that "there are external wills that seek to divide the Shiite house."

In the same context, a source in the Framework told our Agency that the meeting with Al-Sadr will be held at Al-Amiri's house, in the presence of all the Framework leaders except for Al-Maliki.

The head of the Sadrist, Muqtada al-Sadr, arrived in Baghdad today, hours after the Framework's warning of boycotting the new government if the policy of "excluding" political forces is adopted.

Al-Sadr blames the head of the State of Law Coalition, Nouri al-Maliki, who headed two consecutive governments (2006-2016) for all the corruption, violence, and even ISIS's invasion of Iraq in 2014.

Al-Sadr has said he will ally with "whoever puts Iraq's national interests first." That is an indication, Iraqi officials and Western diplomats say, that he may exclude some Iran-backed Shiite blocs in favor of parties with cross-sectarian support.