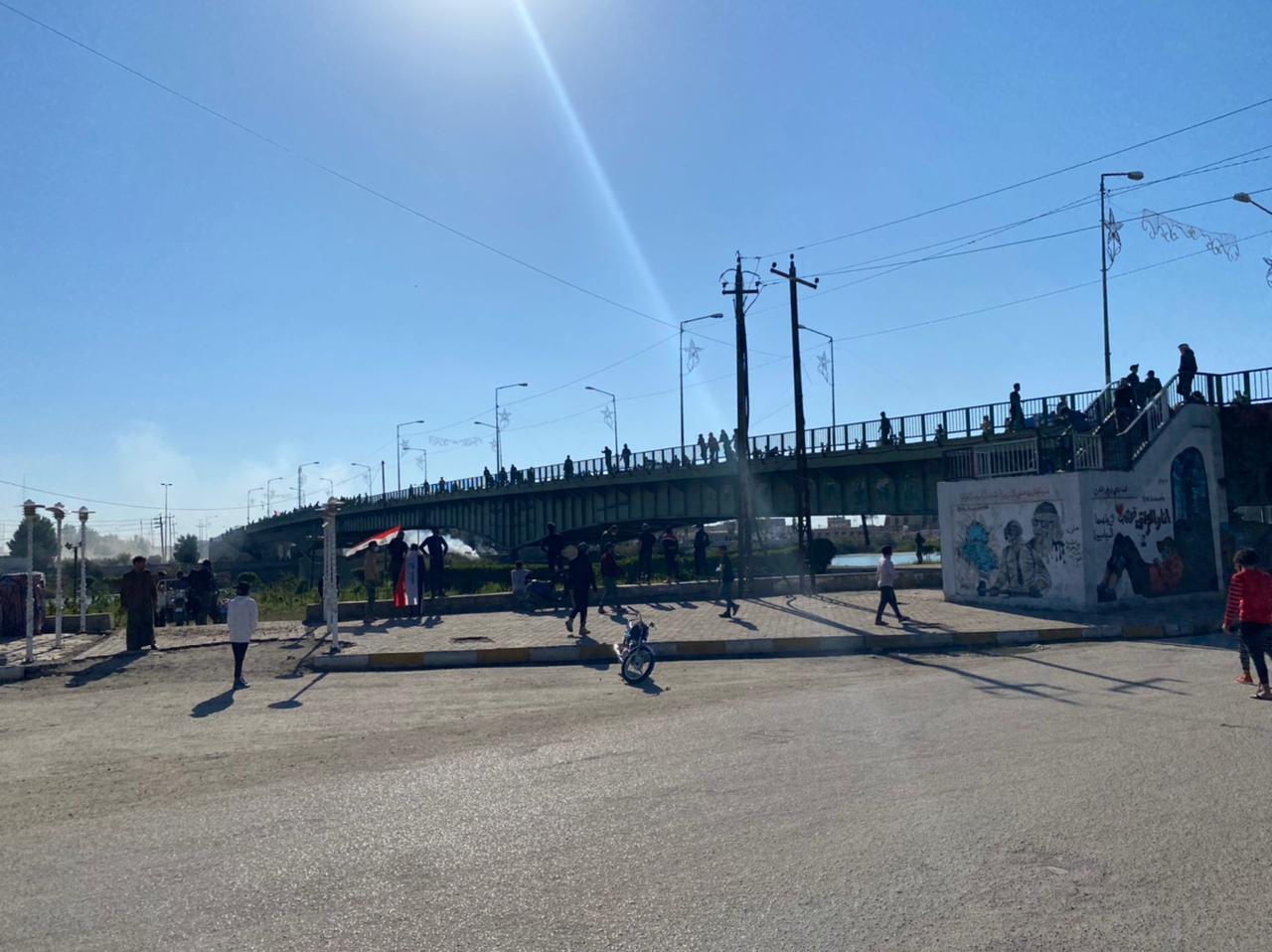 Shafaq News / The envoy of the Commander-in-Chief of the Armed Forces, PM Mustafa Al-Kadhimi, left the city of Nasiriyah, Dhi Qar, few hours after their arrival, amid renewed clashes in the governorate.

A local source told Shafaq News Agency, "the Minister of Interior, Othman Al-Ghanmi, and the head of the National Security Agency, Abdul-Ghani Al-Asadi, left the city of Nasiriyah this evening without making any statement on the outcomes of the visit."

He added, "their departure coincided with renewed clashes between demonstrators and law enforcement forces near the governorate's headquarters in Nasiriyah."

Al-Ghanmi, and the head of the National Security Agency, Abdul-Ghani Al-Asadi,  arrived today in Nasiriyah to discuss the latest developments in Dhi Qar Governorate.

Nasiriyah protestors are close to achieving a major demand of their movement. The parliament intends to approve the dismissal of the governor Nazem Al-Waeli, as pledged by Prime Minister Mustafa Al-Kadhimi to the governorate's MPs.

Upon its arrival in the Sumer operations center in Nasiriyah, the high-level security delegation met with the tribal leaders and discussed ways to restore stability to the governorate.

Shafaq News Agency correspondent said that representatives of the demonstrators refused to participate in the meeting.

The visit comes after three were killed and more than 60 wounded in the clashes that lasted for three days between demonstrators and the security forces.

The delegation was accompanied by Major General Abdul Karim Al-Shuwaili, who, as sources reported to Shafaq News Agency, is nominated to assume his duties as a military governor to manage the governorate's situation until a new governor is assigned.

MP of Dhi Qar Governorate, Nasser Turki, told Shafaq News agency, “Prime Minister Mustafa Al-Kadhimi promised the governorate’s representatives that a decision should be issued to change the governor, Nazem Al-Waeli, within the next two days."

"The governorate's representatives authorized Al-Kadhimi to choose the governor, away from the parties' interference," he concluded.