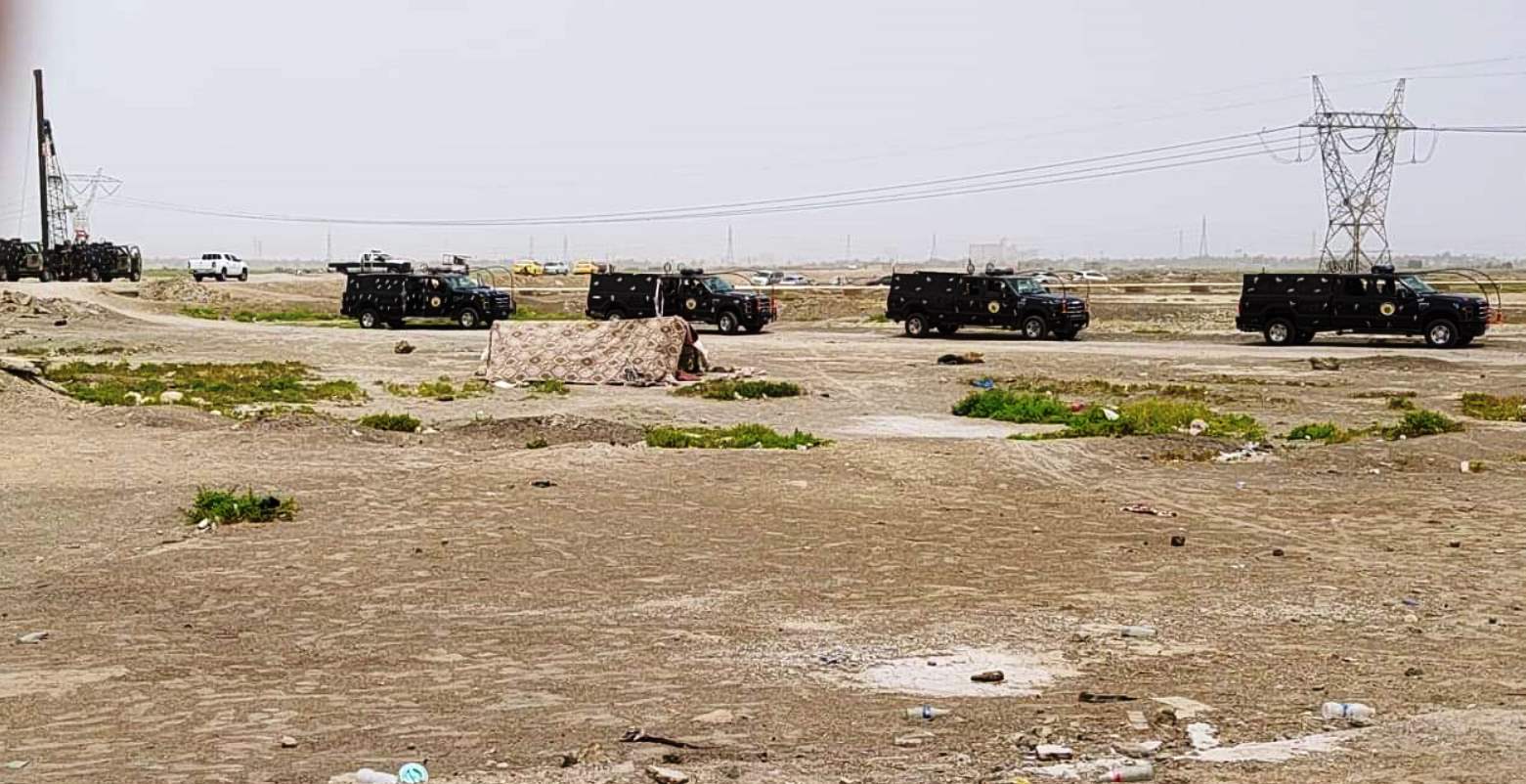 Shafaq News/ A demonstrator picketing at the Dhi Qar oil refinery, provided Shafaq News Agency with the details of how the picket was broken.

Ashraf Naji, a picketers, explained, “Riot control security forces were able to pass without facing any resistance and they were accompanied by five trucks loaded with asphalt dedicated to the continuation of the construction of the concrete al-Nasiriyah bridge.”

He added, “Security forces took advantage of the small number of protesters and a verbal altercation erupted between the two parties. The riot control force did not resort to any force to remove the tents of the protesters.”

He also indicated, “A number of protesters have returned to their tents today and they were made aware of the arrival of security forces to the refinery.”

“The five trucks are still being held at the refinery.”