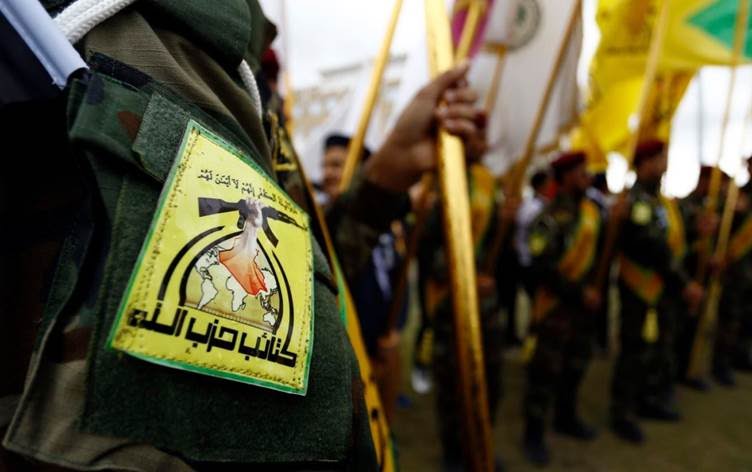 Shafaq News/ The Iraqi Resistance Coordination Commission issued a statement on Monday on the recent U.S. target in the city of Al-Qaim on the Iraqi-Syrian border.

"We have said before that we will not remain silent about the continued presence of the American occupation forces, which is a violation of the constitution, the decision of Parliament, and the will of the Iraqi people.” The Commission said in a statement.

“The occupation forces continue their criminality by continuing their attacks on the Iraqi fighters stationed on the border with Syria, those defenders of the security of their country and people were martyred today by American hands in the Qaim sector.”

"We, in the coordination of the Iraqi resistance, will avenge the blood of our righteous martyrs from the perpetrators of this heinous crime, and with God's help, we will give the enemy the bitter taste of revenge."

For its part, Kata'ib Sayyid al-Shuhada' announced that it would go with the American "occupation" to "open war".

It said in a statement; "With pride and honor, a group of our martyrs from the 14th Brigade were killed in an aggressive American strike on the border strip."

The United States said on Sunday it carried out another round of air strikes against Iran-backed factions in Iraq and Syria, “this time in response to drone attacks by the factions against U.S. personnel and facilities in Iraq.”

In a statement, the U.S. military said it targeted operational and weapons storage facilities at two locations in Syria and one location in Iraq. It did not disclose whether it believed anyone was killed or injured but officials said assessments were ongoing.

Iraqi groups aligned with Iran in a statement named four members of the Kata’ib Sayyed al-Shuhada faction they said were killed in the attack on the Syria-Iraq border. They vowed to retaliate.

The strikes came at the direction of President Joe Biden, the second time he has ordered retaliatory strikes against Iran-backed factions since taking office five months ago. Biden last ordered limited strikes in Syria in February, that time in response to rocket attacks in Iraq.

"As demonstrated by this evening's strikes, President Biden has been clear that he will act to protect U.S. personnel," the Pentagon said in a statement.

A source told Shafaq News Agency that four members of the Popular Mobilization Forces were killed and others injures in the airstrikes people were killed in an American bombing on the Iraqi border with Syria.

The U.S. Should Take a Strategic View towards Iraq