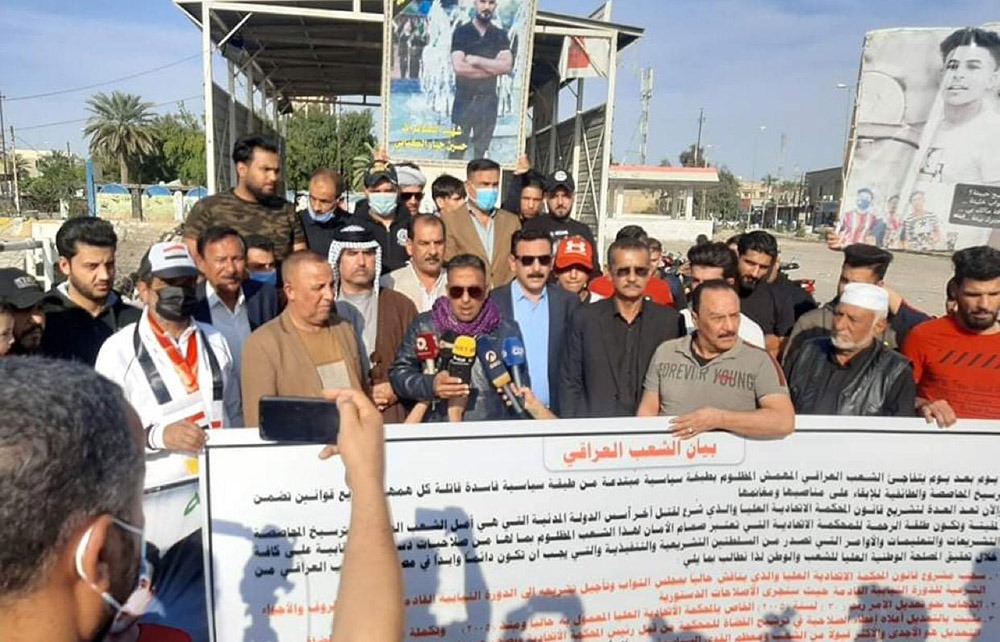 Shafaq News / Protestors in Wasit warned of a "corrupt political plan" to pass the Federal Court Law, stressing the importance of not linking this law to the "deals" of the 2021 Federal Budget bill.

In a statement, they said, "The oppressed, marginalized Iraqi people are surprised by a political plan prepared by the corrupt political class that legislates laws that guarantee sectarianism to maintain their positions and interests."

"There are preparations to legislate the Federal Supreme Court Law, to remove the last foundations of the civil state the Iraqi people hopes for", they added.

The protestors demanded, according to the statement, "withdrawing the Federal Supreme Court bill, which is currently being discussed in the council of Representatives, postpone its legislation, and create the appropriate atmosphere for the next parliamentary session, where the constitutional reforms must take place."

Furthermore, the protestors called for, "amending Order No.30 of 2005 concerning the Federal Supreme Court."

The statement of the popular movement in Wasit indicated, "the amendment most feasible and satisfactory step to the people and the majority of the political forces," stressing the importance of "dissociating the passing of the Federal Supreme Court amendment and the budget bill deals."