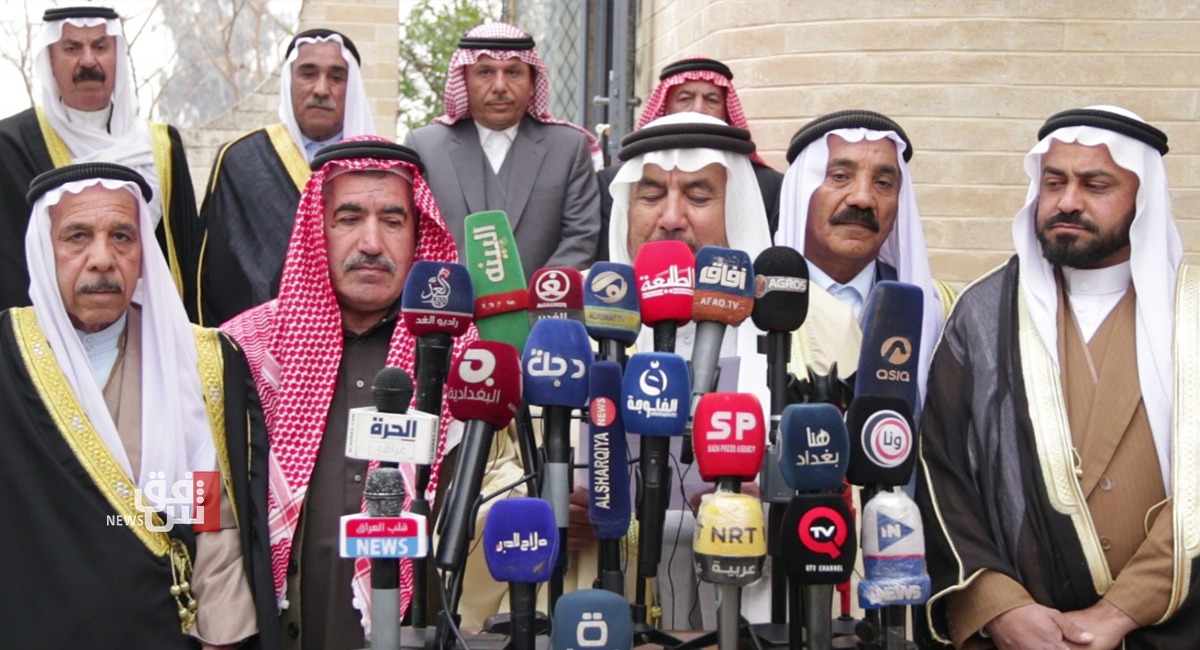 Shafaq News / Arab tribes Sheikhs in Sinjar accused the Independent High Electoral Commission (IHEC) of applying double standards in updating the data of the displaced citizens, highlighting the gravity of the security situation in the district.

Spokesman Khaled Al-Dakhil, said in a press conference held today, Monday, "what the commission is doing is unacceptable. It is adopting double standards when updating the data of the citizens in the displacement. On the other hand, it deals lightly with the issue of the voters who displaced from Sinjar district to other cities, districts, and areas," indicating, "more than 80,000 Arab voters might lose their right to vote."

He added, "After shutting down the camps in the south of Mosul, Arabs were unable to return to the Sinjar district due to the lack of services, the current unstable security situation, and the failure to complete the agreement between Baghdad and Erbil."

"We were forced to displace, and we have the right to participate in voting and candidacy. There is no difference between the other displaced people of Sinjar and us", he continued.

Al-Dakhil criticized focusing on the voters currently residing inside camps in the process of counting and providing facilities to vote from the camps, "IDPs inside cities cannot vote. They have to go to Sinjar on polling day. How will we be able to enter Sinjar under the current security conditions?"

"We are being marginalized and subjected to exclusion. This brought the memory of the last elections when our votes were canceled in the camps south of Mosul, and the region's camps were approved."

Al-Dakhil appealed to the PM Mustafa Al-Kadhimi to "preserve our rights. Today, we are talking here in the name of the marginalized to address the situation of the displaced people of Sinjar," calling for "opening registration centers on the left and right sides of Mosul to ensure the rights od the voters who displaced from the district to Mosul to exercise their rights."

Jamil Al-Dakhil, a dignitary from Sinjar attending the conference, described the situation in Sinjar as "miserable."

"PKK and its proxies do not differ much from ISIS, which is a terrorist organization. They killed, looted, and burnt in Sinjar. Everyone suffers from their presence; even the majority of Yazidis suffer from them. Only an ill-disciplined few follow them," he said.

He added, "it seems that Sinjar will be a second 'Jurf al-Sakhr'. Even the security agreement is no longer discussed," explaining, "In the forthcoming period, we will escalate. We will not remain silent about our rights. We are paying a heavy price. The Yazidis are also paying a heavy price like us."