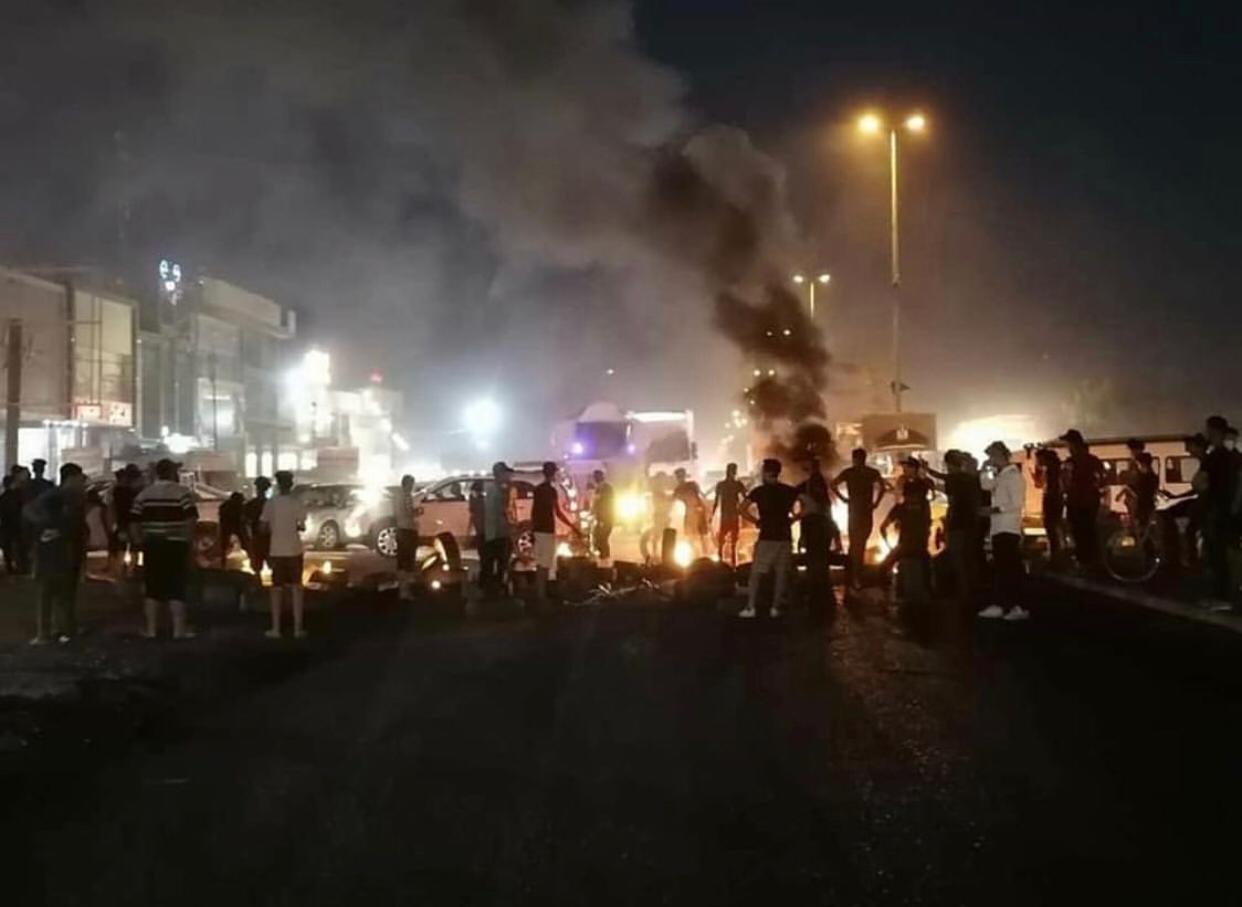 A source in Babel told Shafaq News agency, "protesters in the governorate blocked, this evening, Al-Thawra bridge in Hillah, in an escalation for the second consecutive day, demanding improvements in the electric power supply".

Additionally, protestors burned tires in Basra, according to Shafaq News agency reporter, who also stated that tens of citizens organized, this evening, demonstrations in the commercial corner in the center of the governorate.

While in Karbala, a security source stated that "both Al-Daribah corner and the highway have been closed this evening, by the security forces, due to burning tires by the protestors", adding that clashes resumed between protestors and security forces in Najaf governorate, this evening.

The Parliamentary Energy and Energy Committee, criticized today, Monday, the successive government's management of the electricity crisis in the context of a noticeable decline in the power supply.

Al-Kadhimi directed, "to put more efforts into maintenance operations, through exceptional and quick steps, and harnessing all the capabilities of the state to overcome this crisis and provide the best service to the Iraqi citizen".

Since the 12th of July, the Iraqi parliament has been extensively investigating the contracts of the ministry of electricity over the past 17 years.

It is noteworthy that Iraq suffers from a shortage of electrical energy supplies since 1990 after the United Nations imposed a blockade on Iraq. The problem worsened after 2003, as the hours of power outages increased to about twenty hours per day, which increased the reliance of the people on small and private generators.