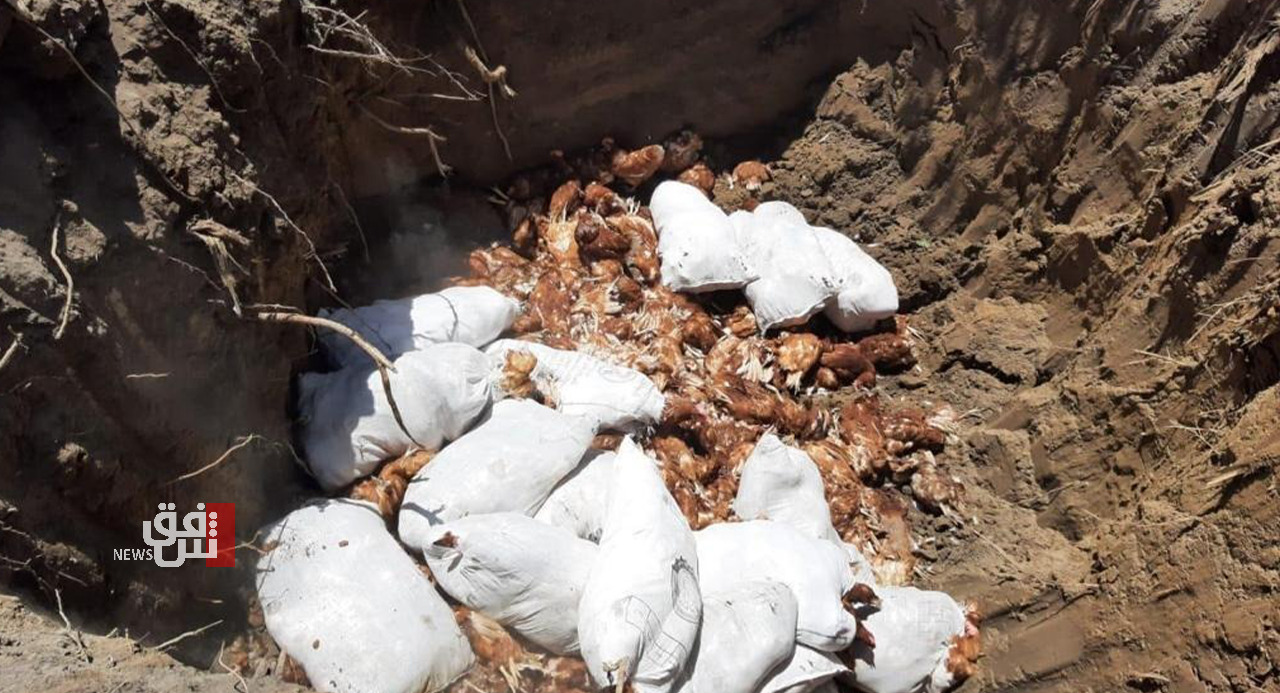 Shafaq News/ The Veterinary Hospital in Diyala Governorate announced on Saturday that 4,700 chickens were killed in Jdeidet Al-Shatt district for being infected with Avian Influenza.

The director of the hospital, Dr. Mahmoud Farhan Al-Shammari told Shafaq News Agency, that a poultry farm project in Jdeidet Al-Shatt district, 25 km northwest of Baqubah, has been closed for 90 days after it was confirmed that all the 4700 chickens inside the farm were infected with Avian Influenza.

He stressed that the quick response of the veterinary hospital in Diyala contributed to preventing the transmission of the Virus to other areas.

It is noteworthy that bird flu is a disease caused by a type of influenza virus that evolved and adapted in the bodies of birds, and the most dangerous type of this virus is severe avian influenza (HPAI)