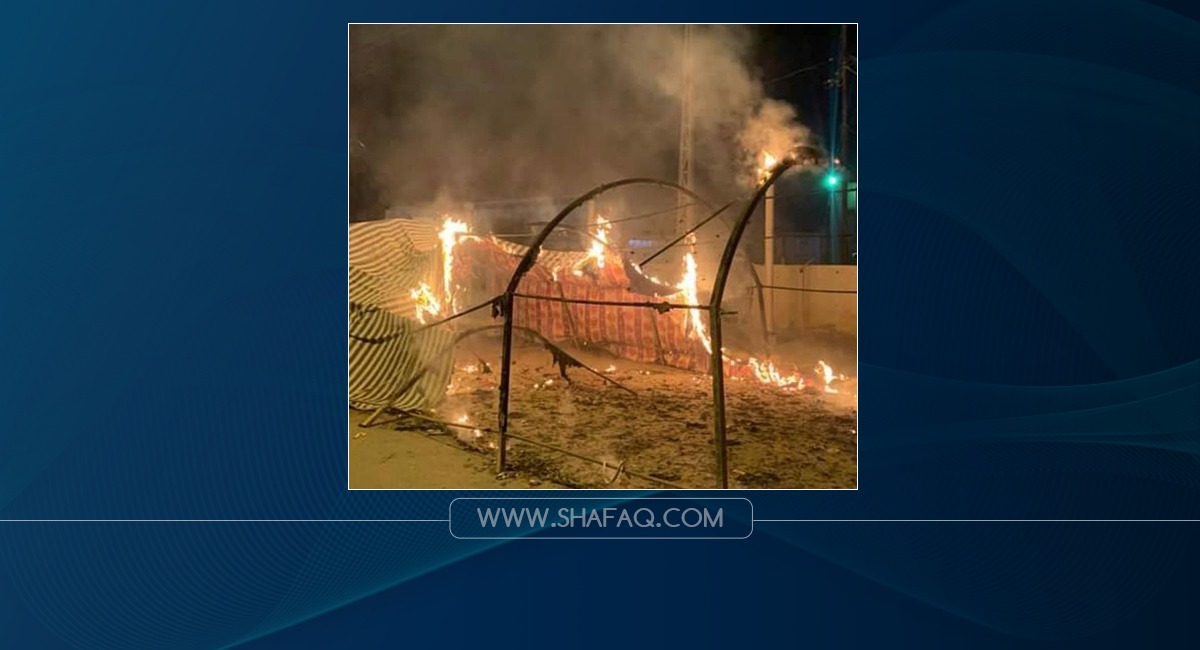 Shafaq News / A security source in Dhi Qar reported that unknown individuals set fire to the protestors' tents in front of the Al-Rifai office building.

The source told Shafaq News agency that the protestors are calling for the dismissal of the deputy commissioner, Ammar Al-Rikabi.

He pointed out that the civil defense teams managed to put out the fire.