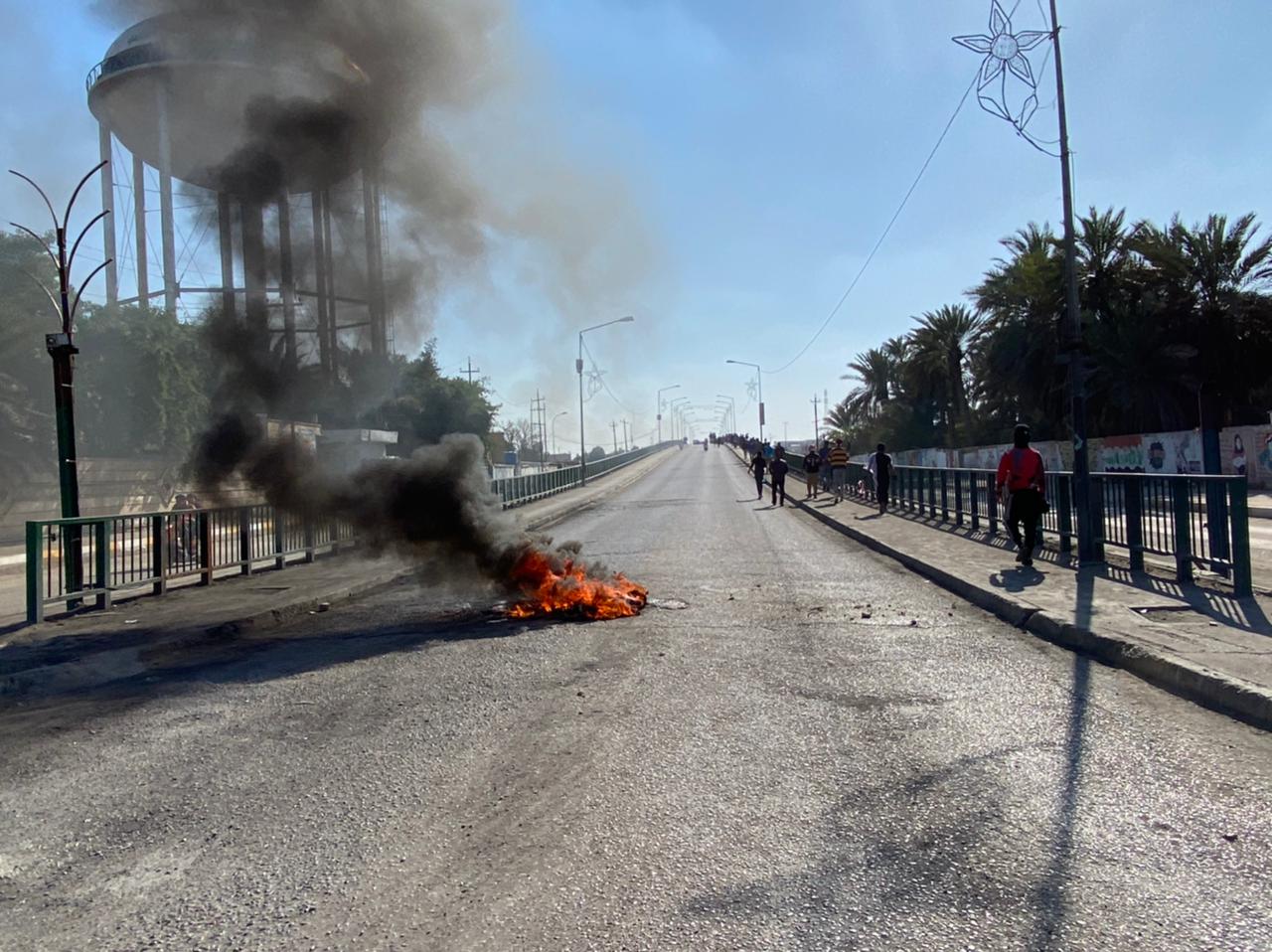 The demonstrators told Shafaq News Agency, "unknown persons wearing civilian clothes, accompanied by the riot police, attacked us for the first time with silenced weapons. It is likely that these forces are affiliated with parties trying to pressure and terrorize us."

The protestors held the government's police chief responsible for bringing in unknown forces, calling on the Minister of Interior to put an end to this and hold the perpetrators accountable.