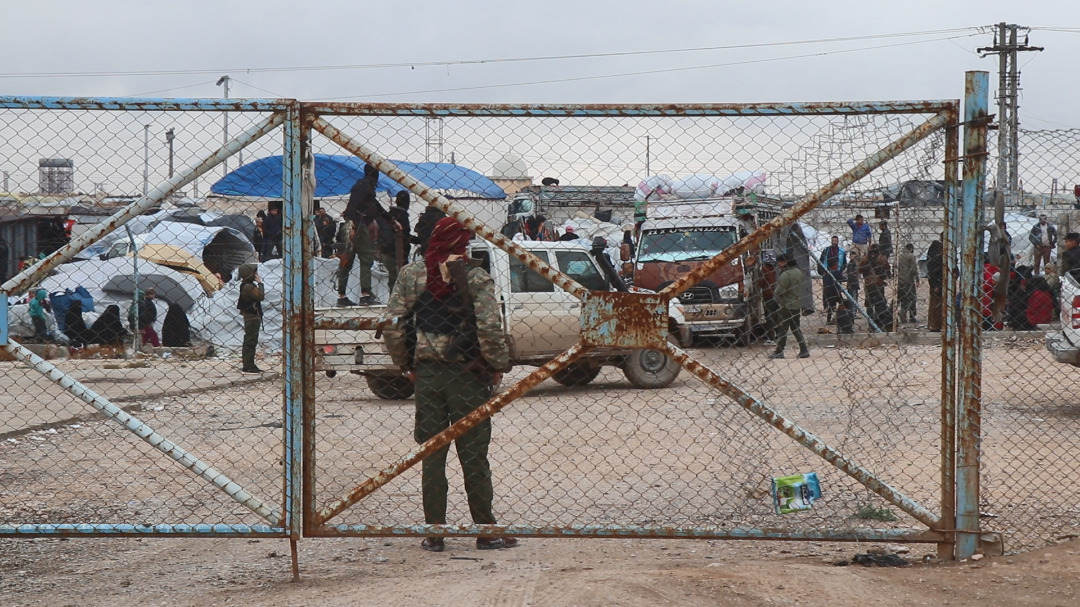 Shafaq News/ unknown gunmen reportedly assassinated an Iraqi civilian and injured another in the sprawling al-Hol camp that houses tens of thousands of women affiliated to the Islamic State and their children in al-Hasakah, Northeastern Syria.

The Official account of Coordination & Military Ops Center of Syrian Democratic Forces (SDF) tweeted, "Crimes are still ascending inside al-Hol camp by the assassinating cells, that still carrying out their terrorist operations in the camp by shooting 30 years Iraqi refugee on today Saturday and murdering him, were another 55 years Iraqi get shot."

A security source told Shafaq News Agency that the two victims are Abu Ammar and Sabah Jasim, who were found shot dead this morning in two separate incidents.

Al-Hol camp is located in a region controlled by Syria’s Kurds and holds internal refugees and families of ISIS fighters.

It is the largest camp in the war-torn country, with more than 60,000 people, according to UN figures.

More than 80% of its inhabitants are women and children. Aid agencies have long complained of inhumane conditions in the overcrowded camp.

The deaths stacked up in al-Hol camp, with 21 killed since the beginning of this year: 14 Iraqis, including a child and three women, 5 Syrians, the head of the Syrian Council in the camp, two members of the Asayish, and a terrorist involved in the killings after a clash with the forces in charge of the security of the Camp.