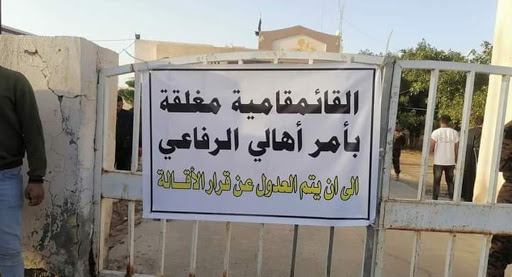 The source told Shafaq News Agency, "Unidentified gunmen carried out an armed attack with medium weapons on the house of the resigned deputy commissioner of Al-Rifai district, Ammar Al-Rikabi."

The attackers fled to an unknown destination, and the security forces cordoned off the scene of the accident and opened an investigation to find out its circumstances, as by the source.

On Thursday, Al-Rikabi submitted his resignation post days after his assignment, "to maintain the security of the city of Al-Rifai, its stability and the safety of its people."